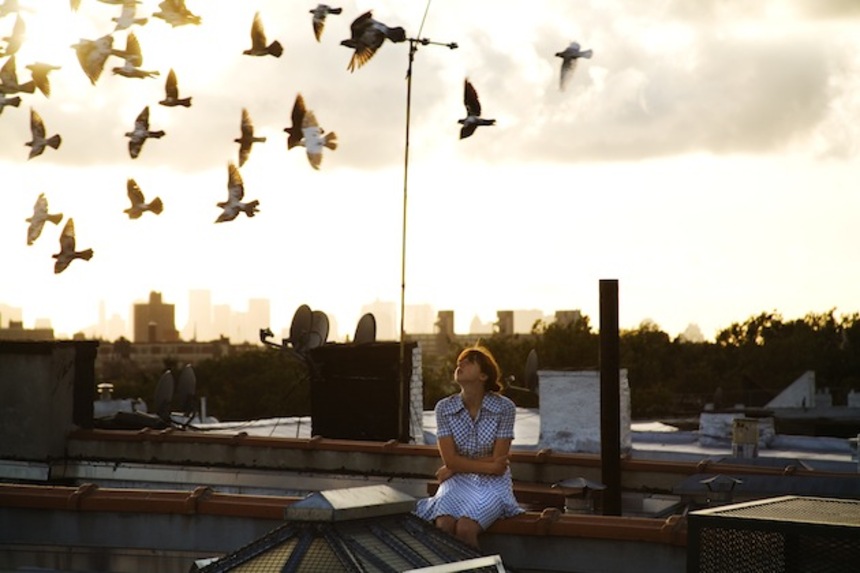 My mindset in talking and writing about film has always stemmed from an inner dialog which goes something like this: "Well if I were out there making movies, I'd surely want someone who can write about my movies with an intelligent, considerate, and rather democratic voice. Someone who would want to start a dialog, not start a fight. Someone who just doesn't only want to critique, but really dig down deep and live in the very fiber and marrow of a film. Even if it hurts them. Even if they hate the film I'd want there to be empathy in play."

So as corny as that may sound, that's where I stand, and will continue to stand as I move forward in shaping this bi-weekly look at the wide-ranging world of independent cinema.

Ladies and gentlemen, welcome to Indie Beat. Do come in. So what can you expect once sitting pretty? Expect dangerously-near hyperbolic, passionate asides and musings on the philosophy of the craft over straight up objective analysis on the indie communities and industry-at-large. In a sentence: Indie Beat will be a thoughtful, curiosity-driven look into what I think makes these films and filmmakers tick. I am still somewhat green behind the ears, so this column will in some measure be a cure to that naiveté. But what do we talk about when we talk about independent cinema? The term 'indie' can feel as misleading as it can be all-inclusive or even limiting. So while I can't say I have the answers, I do have some questions and possible answers. Before we go any further in exploring the world of the indie, these questions must be addressed.

So who is an independent filmmaker and where do they come from?

Over the last twenty years when we've talked about independent film we have largely talked about American films, but nowadays this do-it-yourself attitude can be found almost anywhere in the world, especially since many government supported programs for cinema have shifted focus or downsized funds, or even somewhat collapsed like in places such as Portugal. To me Independent filmmakers are just about anyone in the world who takes money they've saved up from another job or career to make a movie. They could also be someone who has financial backing from benefactors either completely outside the film industry or those in some sector of the industry who wish to use their own money differently from how studios use theirs. 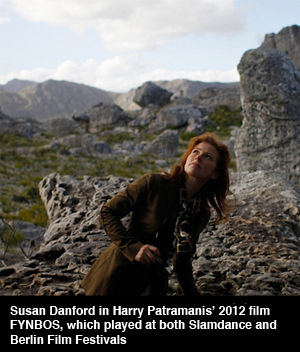 Independent filmmakers can make their movie on two year's worth of weekends or in one mad dash. They can crowd fund with strangers or trade equipment and resources amongst their peers to get their movie made. They can be a student in film school or someone who has never gone to film school. Collaboration with others feels more key to getting a movie made now than ever before, which is why when I use the word 'filmmakers' I'm not only talking about the directors, but the cinematographers, sound designers and editors, amongst others. And yet auteurism also seems just as viable, so if anything independent cinema is full of contrasts. And if that is the case then filmmakers thrive on those contrasts.

Like Harry Patramanis who is from Greece, but went to school in Germany, lives in Los Angeles and made his movie Fynbos in South Africa, you can make your movie just about anywhere in the world, even if you are not from there. Independent cinema, like mainstream cinema, is becoming less and less about borders, but unlike mainstream cinema, independent filmmakers are not making films that are largely devoid of regional culture and individual voice. If anything they are considering now more than ever what makes us strikingly unique yet somehow unified in an increasingly globalized, made-for-all commodity driven world. This definition may sound broad and rather mutable in form, but when considering curiosity, play, experimentation and doing it your own way it needs to be.

So yes, in some way or another, many of the filmmakers we talk about here at ScreenAnarchy could fall into this category. If there is then a more specific aim at Indie Beat it is that I wish to give as much focus as possible to filmmakers that don't so easily fall into genre classification, films that are produced for under a million dollars, and films that are not always the first to get distribution. To me these kinds of films are the beat and the pulse of indie cinema. This is where the truth lies.

Okay then, but what else makes these filmmakers and their films different and what is this truth? I thought you didn't have the answers...

In the last ten years when we've talked about independent cinema in a context that befits some kind of big industry talk, words like 'quirky' and 'mumblecore' or 'off-beat' have been tossed around. There are many movies that would genuinely fall into these categories, and sometimes they can be genuinely good, although how I gauge what is perhaps good in an independent production is vastly different from how I look at a blockbuster/studio picture.

First off, I understand and take note of the monetary related limitations that may make an indie seem "amateurish" or unprofessional". I take note of that and, in large part, throw that out the window, with the understanding that limitations can also be freeing in creative ways. In that way I hold independent productions to a higher standard than most studio fare. Flaws or missteps aside, I expect more from them. I don't expect the status quo. I don't expect mediocrity. I don't expect a product and I don't expect a brand. I expect morally complex , nuanced character pieces. I expect finely-tuned minimalism, and social and political commentary without hammer-on-the-head rhetoric. I expect tone-poems, visual and audio experiments, inversions and ruptures to the traditional narrative forms. To me, a true indie does not aim for the sensational but engages with our senses on a very deep level. It does not aim for spectacle, but its innate desires swell up from a place of absolute wonder and awe; a place of euphoria; of some kind of will that starts and ends in magic. So yes, in some ways, that comes from a metaphysical place, perhaps even a spiritual place (for further evidence on my attitude here, take note of any of my coverage from this year's Slamdance Film Festival, my interview with German actress Nina Hoss or just take a look at my favorite films of 2012 article).

In a world where mainstream movies are (arguably) committing to a vicious cycle of creative cannibalism, the independent mindset offers access to frontier trails; to lands that have yet to be discovered. These filmmakers are the pioneers, the adventurers, the risk-takers. 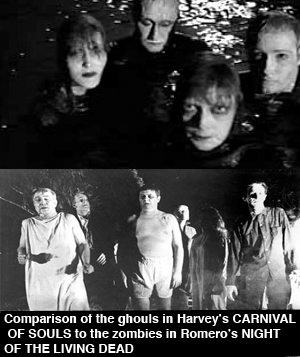 Of course, this is nothing really new in cinema, or in art. In fact, I'd argue it is the basis for it (mind you I have no academic background to back this statement up, just my gut feeling). To know this, all one has to do is look back at industrial-based filmmakers of the 1960s like Herk Harvey or George A. Romero. Men who took their experience, skills and resources in their regional industries and told the stories they wanted to tell. And in the case of Harvey and Romero they made movies so radically different  that they revolutionized and popularized genre.

Thus, I feel a true indie is a film wherein the filmmakers tell a story that means staying true to themselves, to their world, but it is not just about making the film merely for themselves;  it is a film that has an audience out there; an audience that, even if they don't know it yet, are waiting for this film with baited breath, because it will change them.

Yes, despite this one-size-fits-all mentality that bleeds through every orifice of the pop culture, we also now live in a world of niches and specialized interests,  where we're all labeled a geek of some kind or another. In that case I say let the independent mind flourish! Let collaborations begin! Let those niche audiences be cultivated! Perhaps you will discover you're one of these audience members I speak of, or perhaps even a collaborator. Either way, this column is dedicated to the pioneer. My contribution here is then a map of sorts. Call me the topographer. Now, this map will certainly have many inaccuracies and strange little details that might not always interest everyone, but I will do my best to provide an exciting path through this world. Though I am largely doing so in the dark. Gulp.

Now here are some pretty specific things you can expect to see covered on Indie Beat: wildly passionate and existential commentary and analysis on trends, festival programming, fest news and overviews; sharing of trailers and short films; capsule reviews or brief thoughts on films in, or soon to be in release (or for that matter ones that I really love which have no distribution); discussion on possible film movements and filmmakers (usually of our time); recommended viewing Plus! the occasional direct word from indie filmmakers on their world, straight up.

So with that I leave to you dear readers one last thing... a question, the true jumping off point as it were: What do you talk about when you talk about independent cinema?

Do you feel this content is inappropriate or infringes upon your rights? Click here to report it, or see our DMCA policy.
DIY filmmakinggeorge a. romeroherk harveyindependent filmindie filmSlamdance