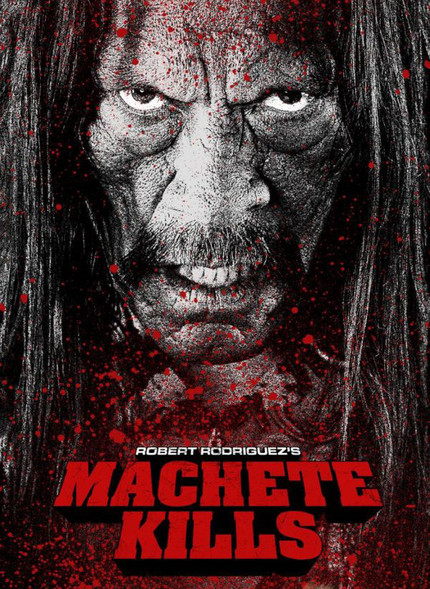 Danny Trejo is back as Machete and while the first teaser for Robert Rodriguez' latest is holding back on the crazy violence that's only to make room to show off the massive cast and Sophia Vergara's machine gun bra. Yep, that's in there and fans of Chilean star Marko Zaror will catch a glimpse of him getting punched in the face as well.

Ex-Federale agent Machete is recruited by the President of the United States for a mission which would be impossible for any mortal man - he must take down a madman revolutionary and an eccentric billionaire arms dealer who has hatched a plan to spread war and anarchy across the planet.

Check the teaser below!