Now on Blu-ray in Australia: RUROUNI KENSHIN Is Amazing 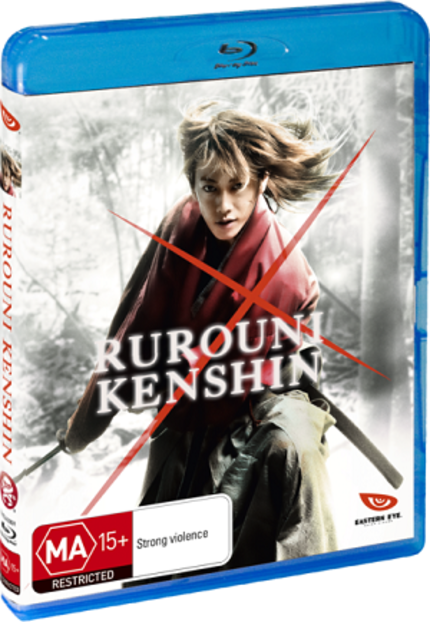 Rurouni Kenshin basically defied all expectations and exploded onto screens as one of the most exciting, vibrant and fresh anime live-action visions ever. We reviewed it at Sitges film festival last year, and our correspondent Guillem had nothing but good things to say about it. His full review is here.

Making the translation from manga to a live-action film is always tricky. There's always the risk of becoming something too bizarre if they go for an accurate visual style, or straying too much from the source material and becoming something else. Rurouni Kenshin is one the most successful and acclaimed series of all time, both in its original manga and anime forms... I'm very happy to say that the final result delivers. The film's director Keishi Otomo and his crew have managed to make a film that stays true to the original source while being a very enjoyable film on its own.

I concur with this view, all of the elements are perfect down to the production value and action scenes, the actors perfectly encapsulate the colourful and crazy characters, and despite the hyper-reality of this ninja fantasy tale, everything is kept relatively grounded. Guillem goes on to say...

The film takes the first two major archs of the manga series and merges together with some changes, throwing some of Kenshin's back story in the mix... the result is a film that works both as a standalone but also one that could perfectly serve as the first chapter of a saga.

The action scenes are easily one of the highlights of the film. Director Keishi Otomo has done a wonderful job portraying those, delivering some of the best swordplay scenes in recent years.

The Blu-ray from Madman Entertainment has a stock standard making-of special feature, but the DTS sound and sharp vibrant images make this Kenshin a keeper.

Rurouni Kenshin is out now in Australia on DVD and Blu-ray from Madman Entertainment.