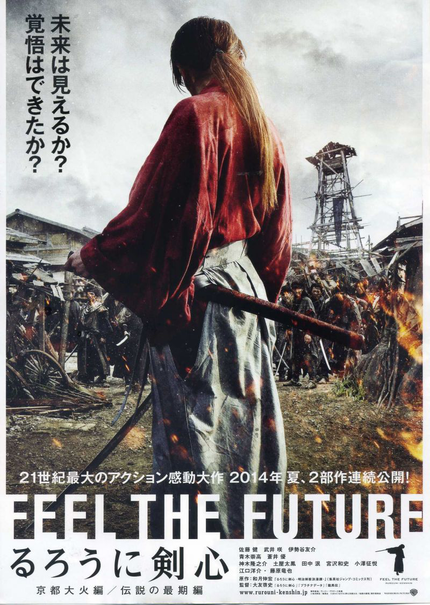 The live action adaptations of hugely popular manga and anime series Rurouni Kenshin have been positively tearing up the Japanese box office charts and it's not hard at all to see why. Ohtomo Keishi's first installment - released in 2012 - delivered such an entertaining piece of spectacle for both old fans and new that a further two films were greenlit immediately to be released back to back forming a full trilogy. Part two? Also a huge hit. Part three? That releases September 13th and, yep, the freshly released - and English subtitled - trailer promises a truly epic finale. This is just pure entertainment. Take a look below.