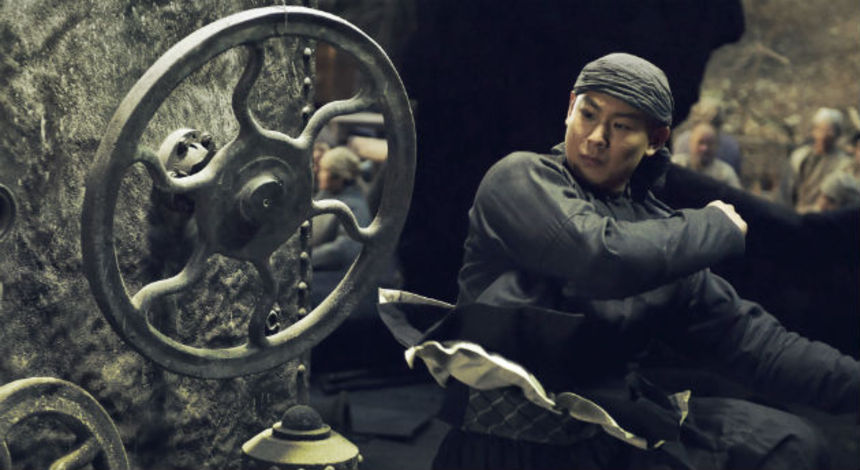 Stephen Fung's post-modern martial arts odyssey continues, replacing some of the goofiness of Tai Chi Zero with a more complex plot, while struggling to deliver a knockout punch.

Tai Chi Hero follows on immediately from its predecessor, with "freak" Yang Lu Chan (Yuan Xiao Chao) exchanging marriage vows with the beautiful daughter of Grandmaster Chen. An act of gratitude and nothing more from Yu Niang (Angelababy), their union brings Lu Chan into the fold, making him eligible to train in Chen style kung fu, which is all he's ever wanted. Yu Niang is quick to lay down the ground rules of their relationship - they are not husband and wife, but master and pupil. She will teach him kung fu and he will sleep on the floor. Under no circumstances is he to touch her, not that she should worry - Lu Chan's recent near-death experience thanks to his debilitating mutant horn has left him something of a simpleton and interested in nothing more than learning kung fu and eating leaves.

Newly returned home, Yu Niang's elder brother Zai Yang (Feng Shao Feng) is wary of her decision, and reminds everyone why their particular martial art cannot be taught to outsiders. One hundred years ago, Chen village's kung fu was even more legendary, and the 10th Grandmaster (Patrick Tse) had many students from far and wide. That is, until one ran amok in the region, only to be apprehended by a rogue Monk (Daniel Wu hamming it up to the nines). The monk, whose martial arts skills bordered on the magical, forbade the Grandmaster from ever teaching outsiders again, and warned that if they broke this oath, he would return and destroy the village.

Zai Yang's story spooks the villagers pretty good, and before long Lu Chan has been ostracised once more, despite saving them from Zi Jing's formidable iron monster. Speaking of Zi Jing (Eddie Peng), he's mourning the death of his British girlfriend, and upon encountering the devilishly corrupt Duke Fleming (Peter Stormare) of the East India Company, the pair hatch a plan to install Zi Jing as the new deputy governor, blow Chen village to kingdom come and clear a path for their beloved railroad.

My single biggest complaint about Tai Chi Zero, the first part of Fung's planned trilogy, was its almost total reliance upon frenetic visual tics and a goofy sense of humour to carry it forward. The film, while intermittently entertaining and unique in its execution (for a period martial arts film, at least), had no substance to it whatsoever. Exactly how Fung intended to stretch this simple conceit across three films was as disconcerting as it was inconceivable.

It is with some degree of relief, therefore, that Fung and his scriptwriters have made such a conscious effort to expand their universe in the sequel. At the expense of some of the film's goofiness, we now get extensive backstory about Chen village and the curse laid upon it, the introduction of Zai Yang and his strained relationship with his father, Peter Stormare's bewildering British invader and further exploration of the mid-level politics of the region. That said, most of this new information unfolds without much excitement or ceremony, and on more than one occasion I caught myself going back on my previous complaints and wondering when Lu Chan was going to start fighting again.

Then, just when all looked lost, the third act really shifts up a gear and culminates with arguably the best sequence of the series to date - a fantastic final battle between Yuan Xiao Chao and Hong Kong screen veteran Yuen Biao. Set in the kitchens of Prince Dun, the pair dance across the tops of partitions and dividing walls, as Lu Chan's now almost perfected "Tai Chi" goes up against Yuen's Master Li, in order to complete the young man's training. It's a truly excellent sequence that saves what could otherwise be written off all-too-easily as an underwhelming viewing experience. 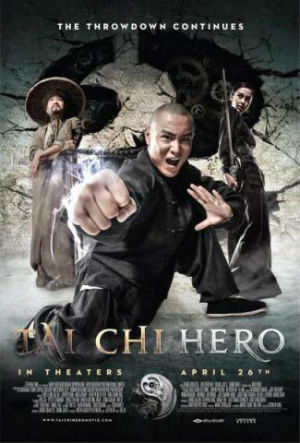 Peter Stormare could have proved a dastardly villain, but is completely wasted as Fleming. With precious few scenes, nothing of consequence to do and an almost incomprehensible faux aristocratic British accent, Stormare is memorable only as a disappointment. Elsewhere, Eddie Peng becomes increasingly villainous as the film goes on, and may yet return for part three. Feng Shao Feng is a great addition, bringing depth and nuance to his role as Zai Yang, whose unexpectedly complex relationship with his father exposes a vulnerability within both men that counters Lu Chan's damaged hero.

I've been pleasantly surprised by Angelababy in both films. Her performance as Yu Niang has been a genuine highlight, with more than her obvious physical beauty helping to bring a sparkle to any scene she is in. I'm cautiously optimistic that we might continue to see work from the actress that betrays her obnoxious celebrity moniker.

However, the real star of the show continues to be Yuan Xiao Chao, who has built on his already celebrated athleticism to create a likeable, flawed, yet heroic character in Lu Chan that we naturally side with, despite his obvious issues. He only "hulks out" once this time round, which is undeniably disappointing, considering that is essentially what makes him special as a character, but Yuan holds his own admirably, whether performing opposite dramatic heavyweights like Tony Leung Ka Fai, romantic interludes with Angelababy, or throwing down with a kung-fu legend of Yuen Biao's calibre.

While it ends incredibly strong, there is no escaping the fact that Tai Chi Hero has added to the formula of its predecessor without actually improving it. In fact, those who enjoyed the Scott Pilgrim meets Wild Wild East energy and anachronisms of Zero may get frustrated by all the inconsequential world-building that fills much of the sequel. Things don't end on a cliffhanger the way they did last time out, but actually wrap up pretty nicely, albeit with the promise that Lu Chan will engage in further exciting adventures in the future. Between the two films, Fung has certainly scored as many hits as he has misses, if he can somehow filter those out for round three, the final instalment of Tai Chi could still prove to be something special.

Review originally published during the film's theatrical release in Hong Kong in October 2012. Tai Chi Hero opens in Canada and the U.S. in limited release on Friday, April 26. Visit the official site for more information.