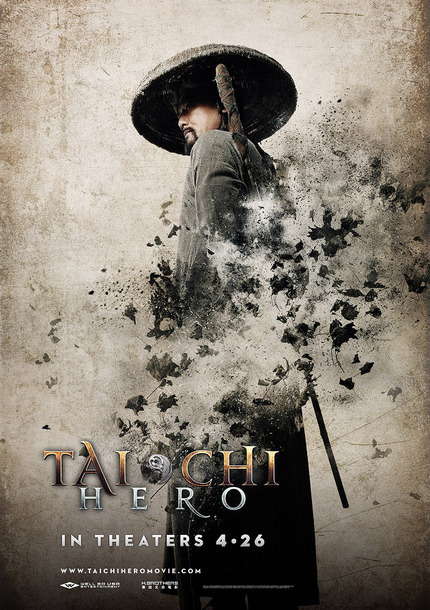 With Stephen Fung's Tai Chi Hero hitting US screens April 26th a series of character posters has been popping up online and here at ScreenAnarchy we have an exclusive one to share as well.

Lu Chan (Jayden Yuan) is still trying to find his place in Chen Village, the legendary town where everyone is a martial arts master...and Chen-style Tai Chi is forbidden to outsiders. But since he helped save the town from a frightening steam-powered machine, Yuniang (Angelababy), beautiful daughter of Grandmaster Chen (Tony Leung Ka-Fai), agrees to marry Lu Chan and bring him into the family.  It's only a formality, though - she is the teacher, and he is the student - and that suits Lu Chan just fine, as the mutant horn on his head gives him incredible kung-fu power, but leaves him dumber each time, and closer to death.

Chen Village still stands in the shadow of danger. A prodigal brother returns, Lu Chan's presence invokes a curse on the town, and Yuniang's scorned fiancée has an appetite for revenge, as well as some new partners in crime.

The second in a trilogy from the creators of IP MAN and DETECTIVE DEE, and featuring action directed by the legendary Sammo Hung, TAI CHI HERO is a full-on, steampunk-infused, video game-influenced kung fu throwdown that will knock you out of your seat.

Check the US trailer below.