Review: ORPHAN BLACK S1E05, CONDITIONS OF EXISTENCE (Or, The More They Talk The Less Interesting This Show Is And This Week They Talk A Lot) 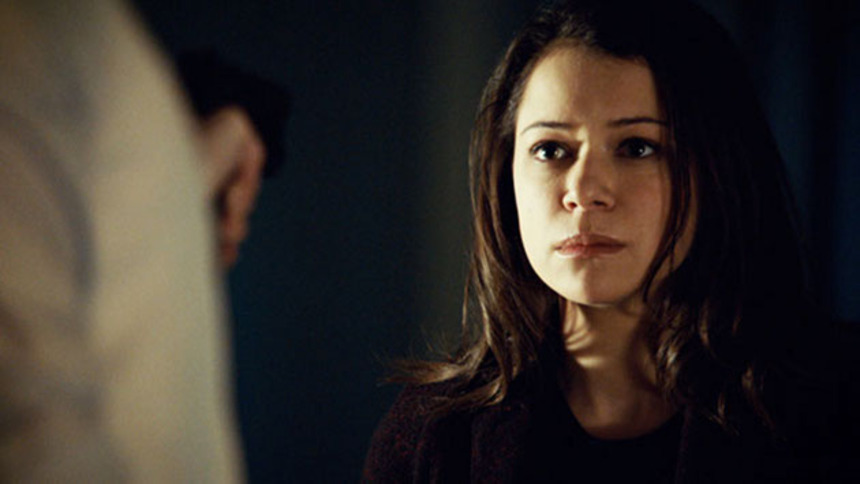 At this, the half way mark of Orphan Black, it is easy to see what the two primary weaknesses of the oft-entertaining (and hugely so) show are. First, with so much effort put into the Sarah and Beth characters many (read: all) of the support players are underdeveloped to varying degrees, some of them (read: Vic and Paul) critically so. Second, the producers seem to be operating under the assumption that the audience will find the story much harder to follow than it actually is without long stretches of exposition explaining things that the audience has - in actual fact - already figured out or would do so quite easily if you just showed them something rather than grinding all the action to a halt and making people talk about things that are already obvious.

Last week's episode focused on action, Sarah and Beth. It was arguably the best episode of the season. This week's episode focuses more heavily on a number of the support players - notably Alison, Cosima, Paul and (sigh) Vic - while talking an awful lot about things that are already perfectly clear by the time the characters get around to talking about them. It is very clearly not the best episode of the season.

The crux of the episode is this: If the clones are, in fact, part of some experiment then it follows that there must be some mechanism for monitoring said experiment. And the easiest way to do that is to plant an observer close to each of the clones. Guess who that is, in Beth's case? There are really only two options and one of them isn't in this particular episode at all.

Don't get me wrong here, this is a necessary direction for the show to move in - we're at a point where we absolutely have to start exploring the larger conspiracy - and they actually do a good job of putting Paul into an interesting moral conundrum in the process but, good lord, is it chatty. Chatty after an incredibly ham handed and excessively convenient 'was it or wasn't it' a dream sequence. Someone from the secret science medical team left a sensor in Sarah's mouth? Really? How does someone that incompetent have a secret clone experiment in the first place?

I am a firm believer in the 'show-don't-tell' school of story telling and this goes exactly the opposite direction while having a great deal of the telling-instead-of-showing revolve around characters who continue to exist to do nothing but spout exposition - Cosima and Alison, though that appears to be slowly changing for both - while Paul's big moment really has no punch because we haven't gotten to know him AT ALL and have no sense of what his relationship to Beth may have been. The sum total of Paul's presence thus far has been to come home from time to time, have raucous sexual intercourse with Sarah pretending to be Beth and then leave. We just don't care enough about him. Though he does a nice job of things at episode's end.

And speaking of not caring ... hello, Vic. Why are you in this show, again? It was nice they dismembered you as soon as you reappeared but kind of a bummer you survived. Even more of a bummer that you're back for the next episode, too. Sweet lord, they either need to do something more interesting with this character pronto or they need to kill him off in spectacularly bloody fashion. Nothing else will do.

So, where's the good? Well, mostly int he questions the episode opens up going forward. Is Helena working with or against the experiment, for one thing? If with, why are some clones being eliminated while others aren't? If against, why aren't people being pulled out or otherwise protected as the bodies pile up? What is the leverage the organization has over Paul and - presumably - the others who fill the monitor role? And what - as is increasingly clearly going to be a major issue - is Sarah's child, exactly? Why can she bear children when the other clones cannot? So, future promise, yes. But in the present, this episode was kind of a dog.