ADRIFT IN TOKYO Director Miki Satoshi Returns With IT'S ME, IT'S ME! 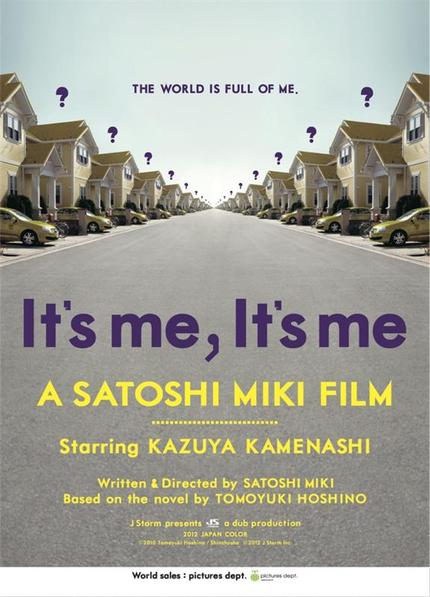 Director Miki Satoshi must really, really like star Kamenashi Kazuya- a member of pop band Kat-Tun - because he's put the pop star into his latest film a whole lot of times.

Miki has been a great favorite around these parts for years now, the director of Adrift In Tokyo building a loyal following thanks to his quietly absurd sense of humor and unusual ability to balance out his quirks with legitimate depth. And his latest effort sounds like no exception to his normal rule. It's Me, It's Me (Ore, Ore) stars Kamenashi as a young man who attempts to run a simple scam and ends up duplicating himself. And then the duplicates begin duplicating until, suddenly, there are rather a lot of him. Which is great until they start turning on one another.

The trailer is available only on the official site and it's well worth a look. Check it out.