Sundance 2013 Interview: Shane Carruth on Control and the Self-Distribution of UPSTREAM COLOR 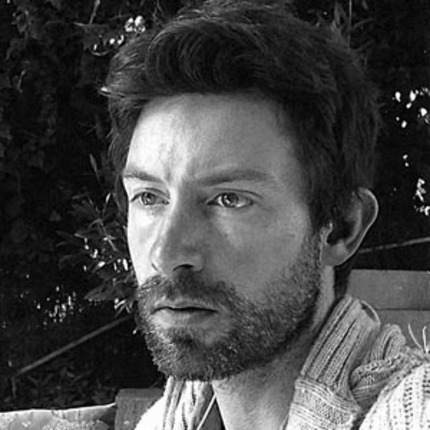 One of the most buzzed about titles at this year's Sundance Film Fest was Shane Carruth's enigmatic competition drama Upstream Color. While the merits and puzzles of the film will be debated for some time to come (you can read Eric D. Snider's review here), one of the most interesting elements of the film is Shane Carruth's pre-festival announcement that he would self-distribute the film through his ERBP banner. In the high stakes slot machine that is independent cinema, being accepted to Sundance (especially in competition) is usually seen as getting 4 out of 5 cherries with the last wheel still spinning. So there were quite a few raised eyebrows when Carruth announced the decision to forego his chances of selling the film to a distributor.

Twitch had a chance to sit down with Carruth at the festival and ask him about this decision. Look for another interview with Carruth diving into the hows and whats of Upstream Color when the film sees limited release April 5.

ScreenAnarchy: I'd like to start at one of the most logical places to begin, what do you think went wrong with the distribution of Primer?

Shane Carruth: Yeah, good, I'm glad. I wouldn't characterize it that way. This isn't a reacton to a bad distribution. I think I was really lucky that Primer got distribution. That doesn't mean I think everything went perfect. That film was difficult anyway. I don't think that if the film had only been handled better, it would have been some massive hit or whatever. I don't have big complaints, but it did inform me of the fact that when you're with a distributor, they will call all the shots. You can have conversations and you can hope and you can lobby, but you're powerless. When it comes to the film's marketing material or the way the audience is going to receive the film, it's not in the filmmakers' hands anymore. So with something like this film, it's hard for me to imagine somebody contextualizing it in a way I think is appropriate.

Were you frustrated that you thought you'd have more control over some of those aspects that you weren't able to? 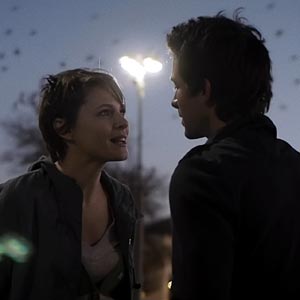 Tell us a little bit more about what led to the decision this time. What point in the process did you think, well maybe I should distribute this myself. When did you make the final decision?

It was always something sort of in the back of my head, but the decision was made last summer. There are a lot of pieces here. Digital is the lion share of revenue a film is going to see, especially an independent or anything that isn't a massive blockbuster. So that means an enormous amount of this is something that isn't technically difficult to do -- or even financially difficult to do. There are lots of places now, lots of aggregators that will get you into iTunes, Amazon, all these places. For me specifically -- or filmmakers who have had films at Sundance specifically -- they've negotiated this deal with an aggregator where you basically just walk in and you get certain numbers. It's as if you're negotiating as a union. So that part of the puzzle is relatively solved.

So then we ask, "Well, what do we need to do?" We need to come out theatrically. That's, of course, a fact. And apparently you can go out theatrically (yourself) as well. Rachel Grady and Heidi Ewing -- they did Detropia -- they paid a theater booker to put them in theater and it worked incredibly. So I hired the same theater, booker Michael Tuckman, and we're in over 20 markets in North America right now -- and I mean, we just got to Sundance! We aren't even to April yet.

Anyway, it's something that can be done nowadays -- apparently in some circumstances. It allows me to craft marketing that contextualizes the film the way I think it needs to be received. And from a revenue perspective, since I probably don't have a lot of a chance to get film financing for another project, every dollar this film makes is important because it's directly a dollar that can be spent on the next film. So it becomes more and more important that there be less people at the table.

With that in mind, why make that decision before even taking it out on the block? What's the harm in at least seeing if a distributor comes in and promises you the level of control you want along with a big payday?

Well I have to admit that for a while there, I was sort of thinking, "Well we'll go down this path, but if we get bought, then maybe there's a way for that to happen." And I think what happened is, as I'm continuing to market the thing and cut teasers and trailers and make decision on artwork and stuff, it just becomes intoxicating. This feels like exactly what it should be. This is an extension of filmmaking. This is an extension of the narrative. And now it's really difficult to imagine letting that go. And we start booking theaters (to my surprise) in advance and we set an April 5 date and we put together a whole logic, and after all this it becomes, "Great, I guess we might take a check from them, but they would have to commit to this plan." And the reality is I don't think anybody would write a check that would make it worth it for us to step away from this plan. And even if they did, they wouldn't go along with the plan we dictated as far as theatrical dates and all that. 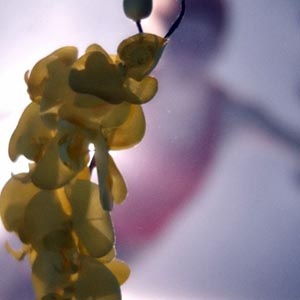 So why pull the trigger without knowing?

Maybe this is ego -- I don't think it is though. If we didn't come out before the festival and put out the theatrical trailer with the date at the end of it -- come out with the press release that this is happening, that it's coming out theatrically and we're doing it ourselves -- If we didn't say that, if we waited until after the festival, it would look like, oh we couldn't find distribution so now we're going to do the next best thing; we're going to do "plan b." And that's just not reality. This is what I thought it would be.

So it seems unlikely, but there is that one-in-a-million scenario where you would consider an offer if the distributor were willing to commit to what you've already done.

Yeah. Yeah, but that's the reason they wouldn't do it because they essentially just become a bank at that point. Because if they're following the plan that we put in place, it's not their plan. So, yeah, sure, There is absolutely a microscopic chance. It's not just me thinking that I would reject it. It's that I don't think they'd even make it.

So how do you measure the success of the film in the marketplace?

Wow... I've got to infect culture at some level so that this thing has a chance to live on its own and then be decided through history whether it has merit or not and if it doesn't, it doesn't. And if it does, great. If it sits in a corner of my room and doesn't go anywhere, it has no chance of having a life. So I've got to get it out there at some threshold. I don't know what it is, but...

Primer got out there at some threshold.

If that's all it takes, then you could go with a distributor.

Well if that's all it takes, I don't have to go with a distributor, because we're going to do better than that.

Do you feel this content is inappropriate or infringes upon your rights? Click here to report it, or see our DMCA policy.
InterviewShane CarruthSundance 2013Amy SeimetzAndrew SensenigThiago MartinsDramaSci-Fi