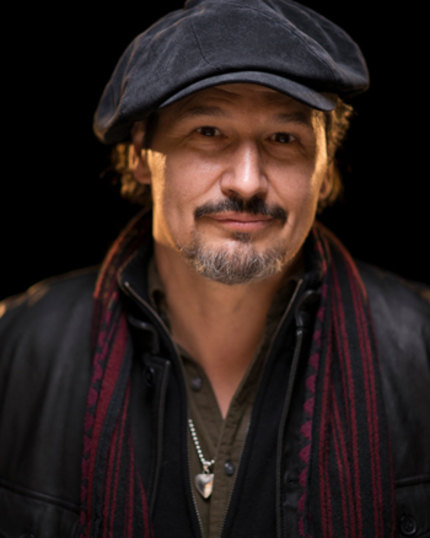 Nick Damici, star of ScreenAnarchy faves like Jim Mickle's Stakeland, Mulberry Street and his upcoming re-imagining of Jorge Michel Grau's We Are What We Are, will take the lead in Adrian Garcia Bogliano's Late Phases. Bogliano is also a favorite of ours with tremendous output into the Spanish-speaking horror scene with films like Here Comes The Devil, Penumbra, and Cold Sweat. From our perspective, this is a match made in genre heaven.
This will be Bogliano's first English language project and shooting is expected to begin some time in the Spring. Bogliano had this to say about the addition of Nick to the project,

"I'm super excited about having him on the project. He's a very talented actor and it's pretty obvious for his work as a writer that he is a very sensitive person which, combined with his look of tough guy gives me a lot to work with. And having him also puts this project one step closer to become a reality, so that's great news".

From the press release, the description of the film reads like so: "LATE PHASES will tell the story of Ambrose McKinley, who moves into a community where the residents have been dying in increasing numbers - oddly, all have supposedly been the victims of dog attacks. But after barely surviving his own attack on his first night there, Ambrose discovers that the assailants are much more than canines." Um. Yes. And please.

MPI's Dark Sky Films, the preeminent independent producer-distributor of high-quality genre films, today announced in Berlin that actor Nick Damici (Stake Land, Premium Rush, We Are What We Are) is set to star in the upcoming LATE PHASES, directed by Adrian Garcia Bogliano (Here Comes The Devil, Penumbra).

MPI's Dark Sky, who is co-producing LATE PHASES with Zak Zeman's Site B Productions, has also announced that they will bring on Glass Eye Pix. Previous Dark Sky and Glass Eye collaborations include successful genre films such as The House of the Devil, Stake Land, The Innkeepers and others. Zak Zeman comes in fresh off the heels of his Sundance success with S-VHS. Brent Kunkle will produce for Glass Eye Pix after his success with last year's The Comedy.

Shooting is set to start this spring.

MPI Executive Vice President Greg Newman said, "Nick Damici was a key factor in the success of Stake Land and he'll bring that same unforgettable presence to this new film."

Said Glass Eye's Larry Fessenden: ""We're excited to be working with MPI Dark Sky again, with a great script and Damici in the lead. I have admired Zak Zeman's recent work and look forward to joining forces to bring Bogliano's vision to the screen."

LATE PHASES will tell the story of Ambrose McKinley, who moves into a community where the residents have been dying in increasing numbers - oddly, all have supposedly been the victims of dog attacks. But after barely surviving his own attack on his first night there, Ambrose discovers that the assailants are much more than canines.

Do you feel this content is inappropriate or infringes upon your rights? Click here to report it, or see our DMCA policy.
Adrian Garcia BoglianoLate PhasesNick Damici