Next For YOU'RE NEXT Team? Action Thrills With THE GUEST 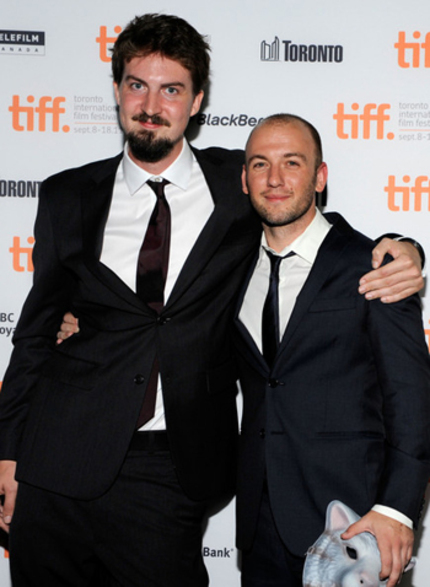 With six months still to go before their highly-anticipated horror picture You're Next is unleashed in theaters in the U.S. and U.K., director Adam Wingard, writer Simon Barrett, and producers Keith Calder and Jessica Wu are ready to go with their next feature project, according to Variety.

Described as an action thriller, The Guest "tells the story of a soldier taken into the home of the family of a fallen comrade, who becomes a threat to those around him when they discover dangerous secrets in his past." The film is scheduled to start shooting in May.

Wingard and Barrett collaborated previously on the features Popskull and A Horrible Way to Die, and have also made shorts included in the anthology films V/H/S and The ABCs of Death. Their work bears a distinctive stamp, marked by their instinct to go places others fear to tread.

They've also been tapped to adapt the spy thriller Dead Spy Running for the big screen, a studio project that was supposedly "fast-tracked" last fall; there's no recent word on its status, but even "fast-tracked" studio projects can take much longer than a low-budget indie flick.

In any event, based on the track record of the team involved, The Guest holds considerable promise.