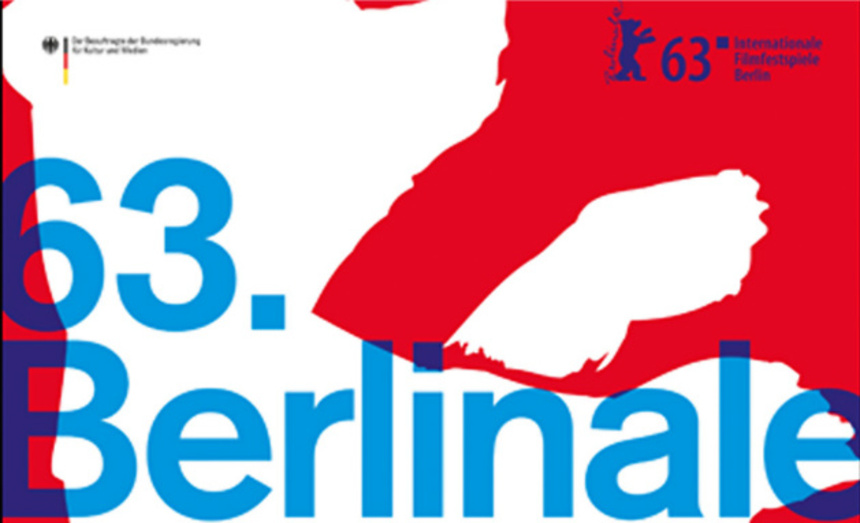 I think that it's time for the Berlin Film Festival to cut its festival program down. Not to say I didn't see some great films -- I did, including a few that would have remained off the radar otherwise -- But only a few of these were world premieres, and overall, it felt as if the festival had settled on many movies simply to fill out its massive lineup (over a hundred films).

There were, I'm sure, enough great films to fill a week of non-stop viewing, but sorting them out was no easy task. More to point, if I choose three random movies on a any given day at a major international festival, one of them should be decent. On certain days at Berlinale this year, this wasn't a case, and I was genuinely surprised by just how much frustration and anger three mediocre movies in a row could provoke.

But enough whining! I've recovered now and have reassessed the strengths and weaknesses of every movie I saw without resorting to cheap shots, incoherent rambling or sixth-grade level insults. Here's a rundown of the ups and downs of my six days at Berlinale, starting with the ups. 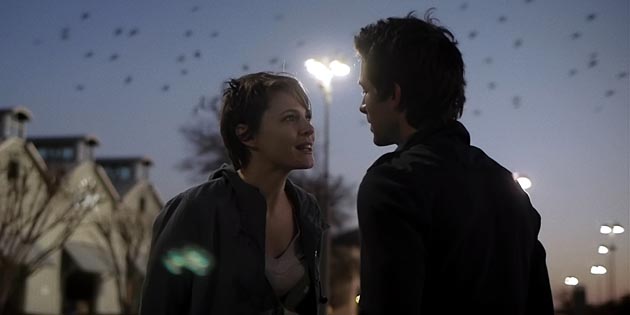 Upstream Color - I'm going to have to respectfully disagree with Eric D. Snider's assessment that this one is only interesting after the fact. Shane Carruth's haunting sci-fi head-trip is nothing short of breathtaking, from the first frame to the last. So few independent filmmakers even attempt half of what Carruth pulls off here in terms of pacing, sensory expression and sheer gusto. And that's not even getting into the deep emotional recesses that Amy Seimetz and Carruth mine in their performances.  Don't let the tedious reviews asking what it all means dissuade you -- there's much more to art than reducing it to "meaning." Upstream Color is amazing, terrifying, heartbreaking and easily the best movie I saw at the festival.

Gloria - One of the best crowd pleasers I've seen in years revolves around a 58-year-old divorcee named Gloria. From my review: "Gloria is a smart, strong, well-adjusted human being and she's not knocked down so easily. And, at the halfway point or so of the movie, when you realize how utterly charmed and engrossed you are with it, perhaps you'll also realize that one of the reasons for this reaction is that female-centric comedy-dramas rarely feature this type of character."

Before Midnight - Not much to add to Ryland Aldrich's rave out of Sundance. I think that Before Sunset  had a stronger, more tantalizing ending, but Richard Linklater's latest talky reunion between Jesse (Ethan Hawke) and Celine (Julie Delpy) still delivers the goods and then some. Also, I'm officially still in love with Julie Delpy.

I'm Not Dead - From my review: "While in many ways Mehdi Ben Attia's film is far more intimate and ambiguous (at least on the surface) than, say, Vertigo...Attia has crafted an tense, thought-provoking examination of one of the suspense master's favorite themes: mistaken identity. Or in this case, a literally switched identity... What differentiates Attia's version of this story from many others with similar content is the skillful way he develops both the characters and the situation and gently eases the audience into a "what-if" scenario that, when it reaches full speed, is absorbing and suspenseful for completely different reasons than we would expect."

Computer Chess: Set at a computer chess tournament between programmers in the 1980's, Andrew Bujalski's delightfully odd period piece "recalls Robert Altman's wry, observational ensemble pieces -- think Nashville, Health and Ready to Wear -- but, ultimately, Bujalski makes the material his own, with an even looser, freer-flowing structure than Altman, a healthy dose of the psychedelic, and by going aesthetically where few filmmakers dare to tread."
(Full Review)

Camille Claudel 1915 - I saw this one in the middle of a four-movie day towards the end of the festival, and, yes, I drifted off for a bit. But it wasn't the movie's fault, and what I saw of Bruno Dumont's chronicle of the famous sculptor (and jilted-lover of Augustus Rodin) Camille Claudel's days in a psychiatric institute was provocative and heartbreaking. Juliette Binoche, as always, is phenomenal. I'm looking forward to revisiting the film in full when it hits theaters.

The Grandmaster -  From my impressions/write-up of the press conference: "Every frame of The Grandmaster oozes with reverence toward Ip Man and his ilk, and fascination with their philosophies and fighting styles. Far be it for me to speculate, but it feels like Wong Kar Wai is more engaged with his subject matter here than he has been in years. It is a film comprised of moments and abrupt flashes forward in time as opposed to a straight-forward biopic, and many of the small exchanges and lingering close-ups gave me the same sense of joy and elation I felt when I first saw Chungking Express."

Circles - Fans of Alejandro Gonzålez Iñárritu will find much to love about this Serbian film, which studies the far-reaching effects of one soldier's unjust death during the Bosnian war. It's an extremely accomplished, well-acted ensemble melodrama/thriller made all the more affecting by the fact that it was inspired by true events. Ultimately though, there's something a bit too neat about the way all of the emotional arcs play out, especially given how messy the events that inspired them were.

Child's Pose - This year's Golden Bear winner is a solid B all around. The concept is intriguing and socially aware, the performances are dead-on and the emotions are often devastating. However, once the film sets it's central concept into motion early on-- that an upper-class woman could use her connections to get vehicular manslaughter charges against her son dropped -- there are few surprises in store besides an emotionally complex finale.

Paradise: Hope - AKA Ulrich Seidl does Heavyweights. From my full review: I certainly won't remember Paradise: Hope as long I will Love, or much of Seidl's other work, and at times, I wished he could have found more to do with the setting than the obvious fat camp jokes that persist through the movie. However, while the film feels slight, there are still moments of honest and surprising emotion that few working filmmakers can pull off. And hell, after the sleazy dirge of Paradise: Love and (from what I hear) Paradise: Faith, maybe a little laughter and humanity is exactly what was needed to wrap up the trilogy.

Fynbos: This tense, borderline-stressful thriller about a woman who goes missing during a weekend when her husband is trying to sell a huge estate in South Africa is gripping and completely watchable from beginning to end. However, it's one of those rare cases where a filmmaker's refusal to clear up ambiguity and answer any questions at all feels like a cop-out in the end. Not that director Harry Patramanis needed to tie up everything with a neat little bow, but as it stands, I didn't really take anything, emotionally or intellecutally, from the movie.

Misses, Near and Far:

Maladies: Director Carter seems to have his heart in the right place, but this fragmented meditation on the anxiety of creativity is borderline insufferable. It follows James (James Franco), Catherine (Catherine Keener) and James' sister (Fallon Goodson) as they struggle with the oh-so-difficult woes of leading an artistic life. The episodic structure is broken apart only by grating voice-over from an omniscient educational video narrator and conversations suited more to sixteen-year-old stoners than to... anyone else, really. Franco and Keener are as likable as they can be, given the content, but it's nowhere near enough to redeem the movie.

Layla Fourie: This South African thriller shows great promise during the first twenty minutes, but then slowly falls apart after the protagonist accidentally kills a man while driving. As I said in my review, "It's about here that the film morphs from a layered, subtly political thriller into an awkward, increasingly implausible combination of The Virgin Spring/Last House on the Left and Crime and Punishment."

Something in the Way -- This portrait of a Muslim, sex-addict cab driver is almost worth seeing simply for the dazzling neon exteriors of Jakarta, which effectively transport the viewer into not only a different place, but a different frame of mind. Unfortunately, director Teddy Soeriaatmadja spends more than half of the movie establishing the monotony of the main character's life (sit in cab, jack off, lust for hooker neighbor, go home, jack off, repeat), which isn't terribly pleasant, interesting or enlightening. The last third attempts to pay off the boredom with a surprisingly violent turn of events, but it all reeks of calculated irony.

A Fold in My Blanket -- This Georgian portrait of the oppressive conformity of small town life teases some interesting ideas and great performances, but it spends far too much time focusing on monotony and boredom, and as a result, the film seems to stop before it has even gotten started.

A Single Shot -- "...A Single Shot adds nothing to the [suitcase-full-of-money] genre, except for stupider-than-average characters and enough back story to fill another movie. And, at nearly two hours, it's also far too long for such a familiar tale. It lurches from one plot point to the next like an apathetic factory-worker -- getting the job done, but slowly, and without any enthusiasm." Full review.

Vic + Flo Saw A Bear: I thought Denis Côté's latest felt far too deliberately weird to really register, but as I noted in the full review, "A number of critics have latched onto the film, including Keyframe's David Hudson, who I hold in very high esteem. Indeed there's a thin line between abstract films that are bizarre, but still honest and emotionally engaging -- Holy Motors and Post Tenebras Lux are two recent examples that come to mind -- and those that just seem to be weird in a "look-at-me!" type of way. The way that Vic + Flo Saw a Bear lurches from character study to detached comedy to violent revenge film to magical realism made it feel like the latter to me, and a fairly dull version of it at that."
Tweet Post Submit