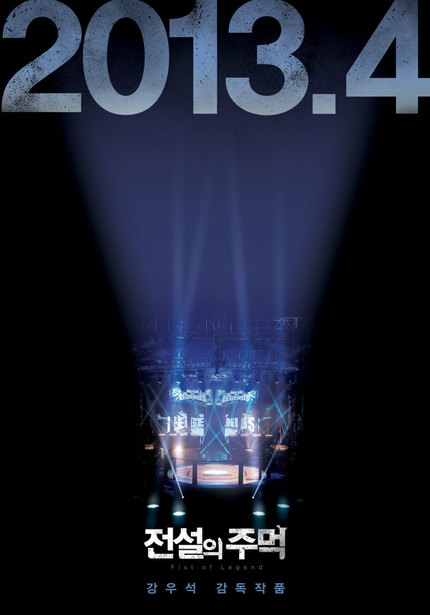 Following the baseball drama GLove, director Kang Woo-suk of the Public Enemy trilogy has set his sights on another sport, mixed-martial arts, in Fist of Legend (no relationship to the Jet Li film of the same name). Based on a webcomic series written by Lee Jong-kyoo and illustrated by Lee Yoon-gyun, it centers on a group of middle-aged men who were once hailed as legends during their teenage years, participating in a fight tournament to win the grand prize money.

A moment of bad luck derailed Deok-kyu's Olympic dreams and led him and his friends to jail. Jin-ho got out of jail quickly because of his rich parents, but Deok-kyu, Jae-seok, and Sang-hoon were not so lucky.

Years later, while running a noodle shop to earn extra money following an accident involving his daughter, Deok-kyu accepts an invitation to a televised survival tournament, "Fist of Legend."

The theatrical release date is on April 10. No embeddable is available at the moment, so click on this link to watch the teaser trailer in HD via Naver.
Tweet Post Submit