First Look At The Korean Action Heroines In THE HUNTRESSES 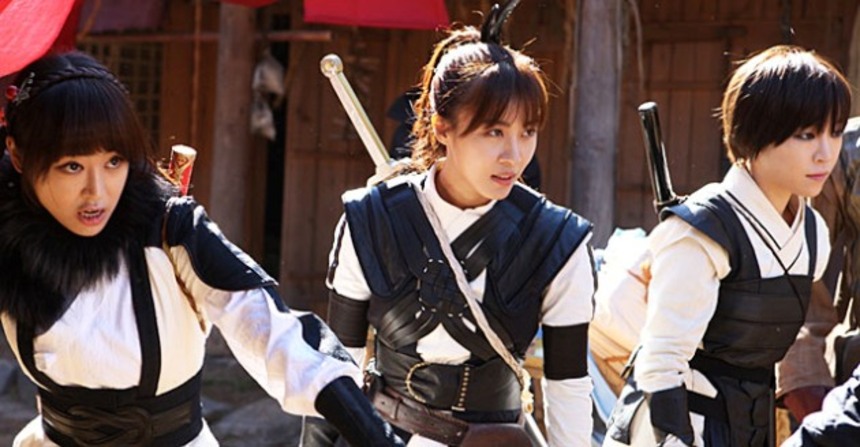 Lead actress trio Ha Ji-won (As One), Kang Ye-won (Quick) and Son Ga-in are The Huntresses, a somewhat Korean equivalent to The Three Musketeers or Charlie's Angels, only these beautiful bounty hunters are from the Joseon Dynasty. The film is a historical action adventure revolving around three strong female protagonists, each with a unique skill, battling a powerful group that is trying to overthrow the royal family and gain absolute power.

Director Park Je-Hyun compares the action-style of these characters, played by Ha, Kang and Son, to Bruce Lee, Jackie Chan and Jet Li respectively. "I think the girls resemble them in a way because HA has a charismatic look, KANG looks clumsy but always manages to handle matters and SON is a dab hand at beating opponents."

Here's the official synopsis via Showbox: