Review: Though It Walks a Fine Line CONFESSION OF MURDER Hits the Mark 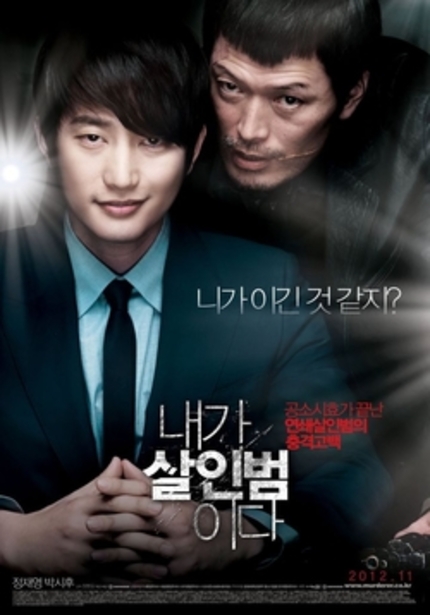 The sound of torrential rain beating down during a pitch black night can be heard along with the heavy footfalls of boots stamping on the wet ground. The atmosphere is pregnant with a sense of unease; menace and frustration linger in the air. A weary and despondent detective chases after a despicable man: a monster with the blood of young women on his hands. But the lawman's pursuit will prove fruitless, as this faceless ghost will vanish into thin air and into the forgotten recesses of history.

Such a passage could easily describe any number of narratives that have cropped up in all kinds of mediums across the world. As far as Korean cinema is concerned, it quickly brings to mind a handful of powerful works whose import cannot be dismissed in any serious consideration of the nation's cinematic output. Chief among them is Bong Joon-ho's Memories of Murder (2003), a transcendent genre piece that captured the anxiety and trauma of an entire nation and which is for many, including myself, the single greatest work that the country has ever produced. Another would be Na Hong-jin's blistering The Chaser (2008), which deliberately trampled over every generic convention it could find and forged a new direction for one of the world's most dynamic film industries in the process.

Unlike Hollywood's serial killer productions (save perhaps for the works of David Fincher), these films don't attempt to placate us with the catharsis afforded by a foiled murder or an apprehended criminal. The killers here, just as in so many other Korean films, such as Tell Me Something (1999), No Mercy (2010) and Children... (2011), are either never caught, or they outsmart the law. Even if they do end up behind bars or dead, they triumph by successfully carrying out one final crime, typically targeting someone close to the protagonist or the one person they've been trying to save throughout the narrative.

Though by no means reflecting the entire scope of the Korean film industry, these films, as well as a few other somber thrillers, have in large part been responsible for shaping the perception of Korean cinema abroad. Well-made, intelligent and anchored by an emotional resonance afforded by the peninsula's painful modern history, examples from this informal subgenre have demonstrated some of the best that Korean film has to offer. 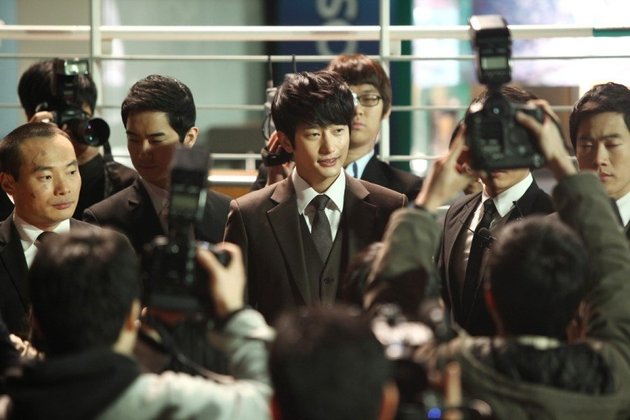 And so along comes another work to carry on the torch for Korean cinema's solemn and hardboiled commercial thrillers. Confession of Murder immediately aligns itself with the above works while also demonstrating a fresh temperament all of its own. A saturnine detective eats and drinks by himself at a local eatery with a scowl on his face as the news blares on TV, reporting on a serial killer case. Though we have yet to be explicitly informed of it, we already know he's the detective in charge. No sooner than we form this assumption does the very man he's gunning after burst into the restaurant. So begins an intense chase scene, replete with bone-crunching blows, death-defying stunts and a palpable sense of danger, all to the beat of some very taught editing. Stabbed, the detective lies on the ground, drenched and defeated. The antagonist, instead of finishing him off, slices his cheek open and leaves him with the ominous words 'I still need you for later', or something to that effect.

As far as introductions go, the opening salvo of Jung Byung-gil's fiction feature debut packs a hell of a wallop, combining the intoxicating heft of Korea's best thrillers with some extremely effective action cinema counterpoints. It sets the bar pretty high for what's the come, and while Memories of Murder it most certainly is not, this action-thriller stands as one of the year's most enjoyable genre offerings.

15 years following the events of the opening scene, and after the statute of limitations have expired on the serial murders, a dashing young man named Lee Dong-soo publishes a book titled 'I Am the Killer' (also the Korean name of the film), claiming the murders as his own. Det. Choi Hyung-goo, who also lost his fiancée to the murderer, is not wholly convinced that this man is indeed the perpetrator of the crimes and so begins an intense confrontation between them as well as various family members of the victims. 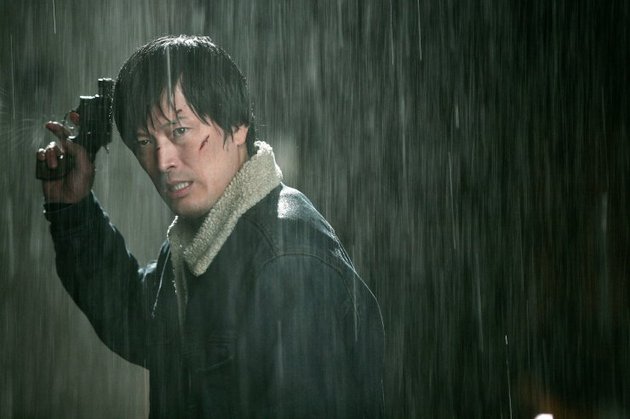 The premise is intriguing and while the twists and turns that follow threaten to strain the narrative's credibility to breaking point, the film's sheer will to entertain wins out in the end. Confession of Murder is a genre film, though like many Korean films before it its approach to genre is supremely elastic. At its core, the film is a dark thriller that hints at a past trauma which stretches beyond the characters on screen. Aside from the serial killer and procedural elements that this entails, the film also straddles the spheres of action and comedy. Perhaps most surprising in this case is how the high concept conceit yields another level of social commentary as it presents the adulation inspired by a serial killer for the combination of his sudden fame and his pretty boy looks.

Park Si-hoo, as the purported murderer, relies more on presence than performance for his role but perhaps that's just as well as most of his time on screen is spent before reporters' cameras. As to be expected Jeong Jae-yeong is one fine form as the surly detective. Though Det. Choi is mostly bad-tempered and morose, Jeong throws in some of his trademark deadpan humor: instances of levity which are particularly necessary in an uneven narrative.

The balance of the film comes does into question when it reaches some of its most ridiculous moments, such as a miscalculated highway scene that may have been more at home in last year's silly summer offering Quick. However, while the film is initially presented as a serious thriller, it quickly demonstrates its tongue in cheek style and as the plot gets more ridiculous, some of the sillier aspects of the film just add to the film's fun quotient.

Jung's second film, following his documentary debut Action Boys (2008), may well be terribly flawed but it's also a fun ride that brings to mind some of the more successful poly-generic Korean offerings of the last decade. Unabashedly seeking to entertain, Confession of Murder clings on to the coattails of its influences and hits its mark.

Do you feel this content is inappropriate or infringes upon your rights? Click here to report it, or see our DMCA policy.
confession of murderjeong-jae youngkoreakorean cinemaserial killerthriller

More about Confession Of Murder