Celebrity Is A Crime In Korean Thriller CONFESSION OF MURDER 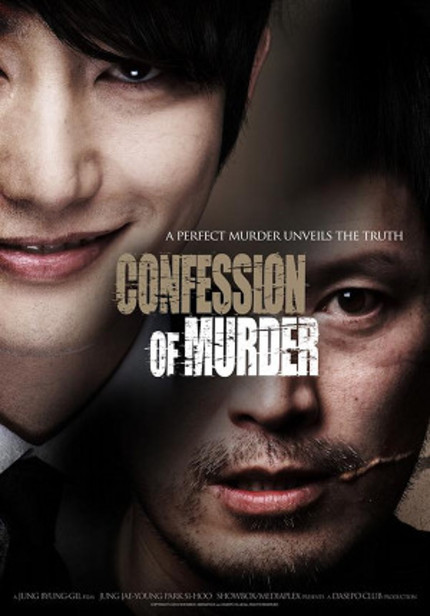 Action Boys director Jung Byung-gil moves into the world of narrative features with Confession Of Murder, a slick new Korean thriller with a premise that is disturbingly plausible.

You start with murder. Lots of murders, in fact, the police unable to stop a serial killer who ultimately leaves the bodies of ten women behind him. The crimes seemingly stop on their own, the killer never discovered. But then, years later, after the statute of limitations has passed a book appears on the market claiming responsibility for the killings and backing those claims up with details never released to the public. Family members of the slain are traumatized. The police are infuriated. But the author is legally out of reach and catapulted to instant fame.

Is there more to the story than what appears on the surface? Almost certainly. But even if it stopped there I'd be hooked. Check out the first teaser below.

More about Confession Of Murder