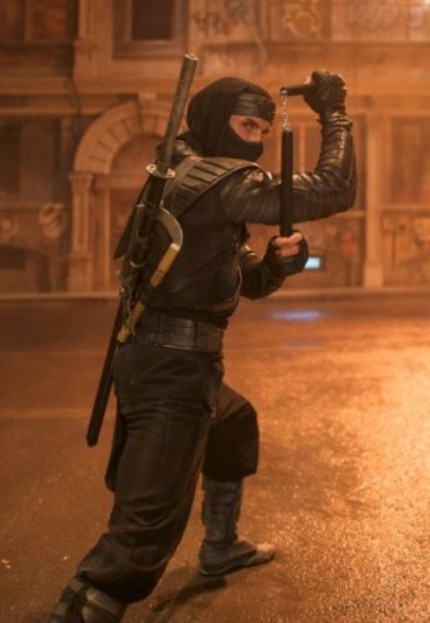 Director Isaac Florentine and British action actor Scott Adkins - the dynamic duo of American martial arts film - will once again collaborate on a project together.  No, its not the eagerly-awaited Undisputed 4 that action fans have been asking for but rather, its another Nu Image/Millennium Films production, Ninja 2.

In the first installment, Adkins starred as Casey Bowman, the American Ninja who must protect the ancient armor of the last Koga Ninja in New York from a high-tech rogue Ninja.  Mika Hijii (Aliens vs. Ninja), the co-star playing Namiko will return in the sequel.  The good news for cult fans of this genre is that Kane Kosugi (Blood Heat, War, Coweb, Choy Lee Fut), the son of the legendary 80's Ninja actor Sho Kosugi (Ninja Assassin) has been confirmed via his official site to appear as Nakabara in a villain role.  No plot details have been revealed yet but the casting of Kosugi with his martial arts background bodes well for some authentic Ninjutsu.

The production begins shooting in January in Bangkok, Thailand and its schedule for release sometime in 2013.  You'll find the trailer for Ninja embedded below.
Tweet Post Submit