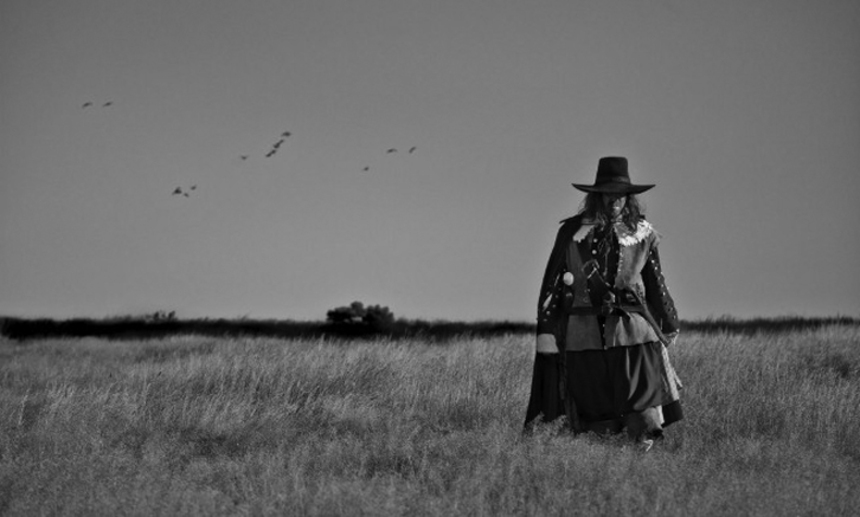 Ah, Ben Wheatley, how we've come to love thee. The director of Down Terrace, Kill List and Sightseers has quickly cobbled together one of the most unique and compelling filmographies of recent days and he's back out there doing his thing with the upcoming A Field In England. A period piece this time, the backers at Film4 describe it like this:

An English Civil War-set film that stars Michael Smiley (Kill List), Peter Ferdinando (Tony), Reece Shearsmith (The League of Gentlemen), Julian Barratt (The Mighty Boosh), Richard Glover (Sightseers) and Ryan Pope (Ideal). A Field In England follows a small group of deserters fleeing from a raging battle through an overgrown field.  As they are captured by O'Neil, an alchemist, they are forced to aid him in his search to find a hidden treasure that he believes is buried in the field.

Crossing a vast mushroom circle, which provides their first meal, the group quickly descend into a chaos of arguments, fighting and paranoia, and, as it becomes clear that the treasure might be something other than gold, they slowly become victim to the terrifying energies trapped inside the field.

Film4 have just released the first image from the film, one that promises something both quite different from Wheatley's past work though clearly shot in a familiar style.

"Crossing a vast mushroom circle, which provides their first meal, the group quickly descend into a chaos of arguments, fighting and paranoia,"

An early rave party with other words.....hahahhahah.....yep, well, this sounds very exciting. I loved Blueberry (2004) so this could be a film for me, thanks Mr Brown.