TV Review: BOARDWALK EMPIRE S3E05, YOU'D BE SURPRISED (Or, Things Are About To Get Very Ugly) 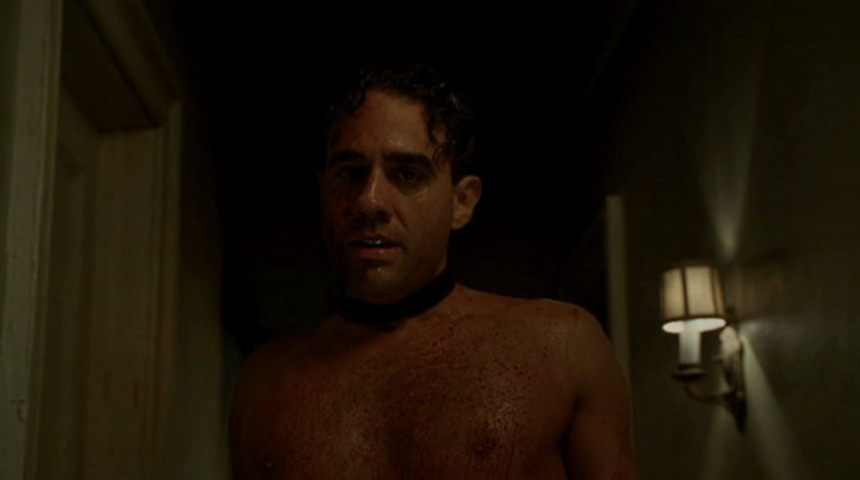 While things have been, on the whole, rather sedate and introverted through the first four episodes of Boardwalk Empire this season director Timothy Van Patten is throwing down the gauntlet in episode five. Pick a story line - virtually any story line - and you can rest assured that it has taken a turn for the ugly here and while the consequences of all of these turns have not yet been fully felt you can rest assured that they are coming. Oh, yes, they are coming. And while there is still a good bit of road left to walk this season it seems quite clear that You'd Be Surprised is the moment where the season turns.

We'll begin with Van Alden. Increasingly tense following his brush with the law when last we saw him, Van Alden is becoming increasingly paranoid as he believes that his end may be near. He's so worried about this, in fact, that he sits his (fake) wife down for a little heart to heart but balks at actually delivering the truth, allowing her to instead lay out what she has surmised as their situation and accepting that as close enough. Big mistake on his part because, well, let's just say that Mrs Mueller has a surprising propensity for violence and, yes, Van Alden is left to seek help and support from Al Capone's rival Dean O'Banion. It was clear the moment Van Alden and O'Banion met that Van Alden was going to end up in his service somehow but the road to actually getting there was a pleasant surprise.

Next up: Court! There's a committee investigating corruption in the Attorney General's office (gee, really?) which is boring as all hell but it does have larger repercussions for Nucky and the rest of the bootlegging gangsters as the obvious way out from under scrutiny is for the Attorney General to stop throwing all the cases and actually convict a bootlegger or two. The only question will be who. Plus it allows for an appearance from bagman Gaston Means - always a good thing - and, hey! James Cromwell!

Gillian Darmody: Very unhinged. Yes. That. We'll leave it there.

And then there's the matter of Billie Kent, Nucky's latest singing and dancing lover. She manages to blow up not one, but two significant relationships for Nucky. You see, Billie's got her first big show lined up but rehearsals aren't going well. She's fine but the script is not and so the plug is being pulled. But put a bigger star in it, Nucky figures, and it becomes worthwhile to revamp the script and make it work. And who's a bigger star than Eddie Cantor. But Eddies says no, he's got another gig, which - for the old Nucky - would have ended things right there. But, for the new Nucky - moderately obsessed with keeping Billie happy as a way of plugging his growing sense of loneliness while also becoming increasingly antisocial - it prompts a visit from Chalky White for a private performance. Chalky does not seem to be a great lover of live theater.

And Billie's second major impact? Oh, just the small matter of Margaret walking in on Billie and Nucky on a shopping excursion for a new dress. Margaret is still sadly marginalized this season but this particular moment is very likely her best of the year as she is confronted with what she surely has known for some time already. And it's good to see Nucky squirm a little bit, too.

But the big stuff, the really big stuff, involves Gyp Rosetti. We learn that Rosetti is fond of autoerotic asphyxiation, for one thing, and if you've ever wondered what Bobby Cannavale's penis looks like you will know after this episode. And we also witness what will surely be the beginning of a three way gang war when Nucky and Arnold Rothstein team up to remove Rosetti's blockade of the shipment route by removing Rosetti himself. It goes wrong. Badly wrong. Leading to what will surely stand as one of the iconic television moments of this year. Refer back to earlier comment about Cannavale's penis.

With the stakes getting higher and the gloves increasingly coming off throughout the season it was obvious that a tipping point was coming past which things would surely descend into violence. This episode was that tipping point. Things are going to be ugly from here on in ...