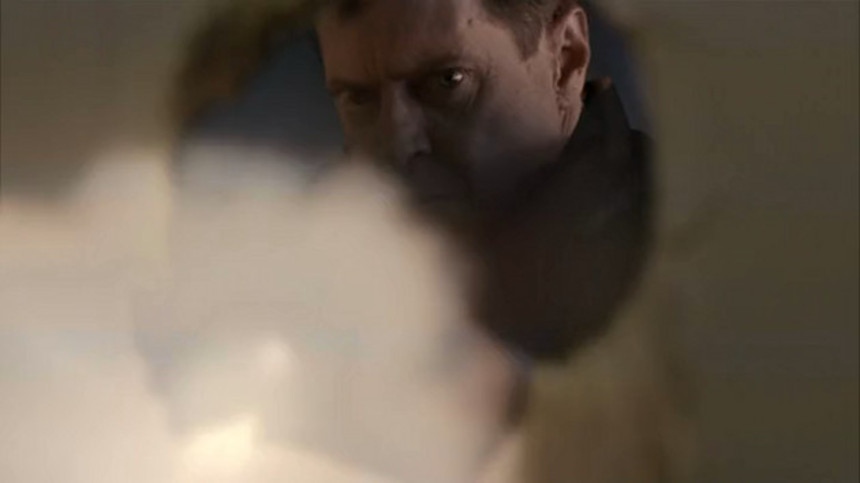 Pack up the women and children, the guns are out and the boys have come to play. Actually, in the case of the sane woman - that would be Margaret Thompson - there's no need to pack her up, she's getting the hell out of Dodge all on her own. But the moderately insane Gillian Darmody? She's going to take some convincing and her single mindedness may very well put young Tommy into the crossfire unless Harrow can do something about it.

Recall, if you will, that last week's episode of Boardwalk Empire ended with the body of Owen Slater being delivered to Nucky Thompson's door in a plain wooden crate. Recall also that this week's episode is the season's second to last. It comes as no surprise then that director Allen Coulter - a series veteran - gets things rolling with brutal and ruthless efficiency, sharpening the focus down so that only the important stuff remains.

Margaret? She's gone, and she's taken the children with her, before Slater's body is even removed from the room. Nucky? The coin has dropped that Margaret and Owen had something going on the side but he's got other worries, given his assumption - which proves to be correct - that the body was only a warning sign of much, much worse coming for him. And it comes fast, in the form of three men entering with guns blazing. Sure, those three don't last very long but Nucky is left on the run for his life accompanied only by loyal manservant Eddie, who is slowly bleeding out, while Gyp Rossetti's men roam the streets promising twenty five grand to anyone who turns Nucky over to them.

While there are other story lines present - Harrow's is particularly compelling, Lucky Luciano's seems likely to be a set up for the coming fourth season - this is clearly and totally Nucky's story. The first two seasons of Boardwalk Empire charted Thompson's ascent, taking him from a crooked but charming politician with his fingers in every pie through to becoming a full blown gangster. This third season, on the other hand, has watched as, believing himself secure in his own power, Nucky has watched it all slip away thanks to a few arrogant decisions. He's all the way back where he started now, with only his brother and Chalky White as trustworthy allies, but now he's soaked in blood and without even the pretense of morality.

It's this eye on the big picture, the obvious care that has gone into crafting massive character arcs for all of the major players with seeds planted entire seasons ago now tying back in to the overall picture, that makes Boardwalk Empire far and away one of the best shows on television. Rather than play the rinse-repeat-reset game to stretch things out, Boardwalk Empire uses the advantages of television's long form to tell long stories rich with complex and nuanced characters and it's a joy to see seemingly random elements from earlier in the season come together as they are doing so convincingly here. Who's going to be left when the bullets stop flying? Other than a couple obvious choices, I have no idea but I'm sure a few more bodies will drop before all is done.