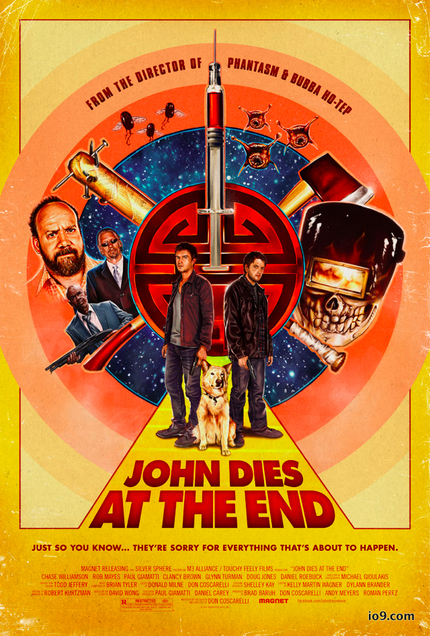 It's a drug that promises an out-of-body experience with each hit. On the street they call it Soy Sauce, and users drift across time and dimensions. But some who come back are no longer human. Suddenly a silent otherworldly invasion is underway, and mankind needs a hero. What it gets instead is John and David, a pair of college dropouts who can barely hold down jobs. Can these two stop the oncoming horror in time to save humanity? No. No, they can't.

There's a whole lot of everything in this latest trailer but while it may somewhat oversell the contents of the movie by jamming so many of the contents into such a limited running time they've generally done it without spoiling anything. Which is a tough task when dealing with a  film titled John Dies At The End. Check it out below, meat monster included.