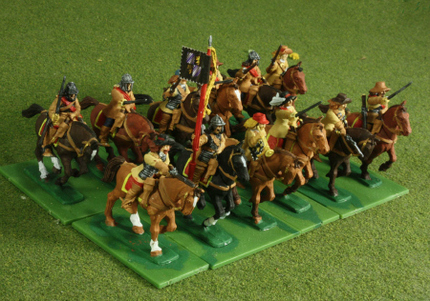 He may be fielding calls from Hollywood, but British director Ben Wheatley is happy to be making films in his home country for the time being, with his fourth film A Field in England just announced.
Wheatley is also going back to the well in terms of his cast, choosing actors he has worked with before as well as regular method of casting comedy actors in dramatic roles. This film stars Michael Smiley (Kill List), Richard Glover (Sightseers), Reece Shearsmith (The League of Gentlemen), Julian Barratt (The Mighty Boosh), Ryan Pope and Peter Ferdinando.
Described as an English Civil War film, A Field In England could well be a science fiction movie if the longer synopsis is any judge. After Kill List fried my brain I'm not one to take Wheatley's films on face value.

A small group of deserters flee from a raging battle through an overgrown field. They are captured by two men: O'Neil and Cutler.
O'Neil (Michael Smiley), an alchemist, forces the group to aid him in his search to find a hidden treasure that he believes is buried in the field.
Crossing a vast mushroom circle, which provides their first meal, the group quickly descend into a chaos of arguments, fighting and paranoia, and, as it becomes clear that the treasure might be something other than gold, they slowly become victim to the terrifying energies trapped inside the field.
A Field In England is a psychedelic trip into magic and madness from Ben Wheatley - award-winning director of Down Terrace, Kill List and Sightseers.

Wheatley will direct A Field In England before starting Freakshift.
Sign-In to Vote
Tweet 0 Submit

Maybe we have different meaning of the term, but yes. However I'd also say we have different sensibilities. I watch one maybe two horror films a year, and I'm the sort of person who found Zodiac terrifying. So Kill List was deeply unsettling and chilling, and freaked me out.