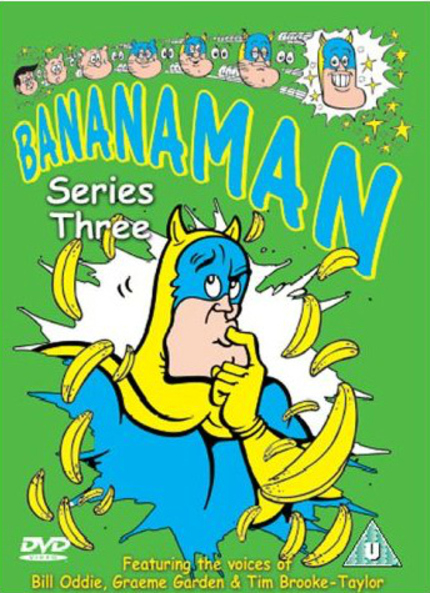 I am not a comic book person.
My first introduction almost every superhero besides The Phantom (because let's face it, Mr Walker* has always gone over huge in Australia) has been the movies. My introduction to Superman was the Donner movies; for Batman, the Tim Burton ones. Same goes for all the Marvel characters. Indeed before Iron Man in 2008, the only Avenger I had heard of was the Hulk.
I say all this because over the weekend some movie announcements have come out of Comic Con, which to me, the average in-the-dark non comic book reader, seem really weird and strange, even for what normally comes out of the salivating corporate recycle factory that is Hollywood. I assume lots of other readers feel the same way, as I've never even heard of the comic characters these movies will all be based on.
According to the various announcements, a trio of movies starring some of the more bizarre selections from the anthropomorphic super animal kingdom will be hitting our screens in 2014. And, according to all the excitement steaming off the blogosphere, this is something we should be very excited about. However, before Hollywood gets its grubby yet irresistible marketing hands all over me, telling me why I should love these creatures and using its charms and sneak peeks to seduce me into following every single morsel on these movies... before all this, I'd like to react with sanity, please...
Deep breath... Here goes. Coming soon to cinemas near you, a giant raccoon, a courageous cat and a manly ant will be dressed in CGI spandex to save the world from evil, and all this will be hyped up to the same audiences that lined up around the block for The Avengers. Or, at least the same people who saw Captain America.
What the hell?
And by the looks of things, these movies will be presented with real (comic world) credibility, not as direct-to-DVD groanfests with Kevin James and Rob Schneider doing the voices. (As an aside, I would pay to see a version of acid-trip Iguana Man from Herzog's Bad Lieutenant brought to life with Schneider as the voice... that would be awesome!)
For the benefit of purists, my editor and everyone like me still in the dark, the soon-to-be-seen-in-movie creatures I'm talking about here are Rocket Raccoon, Courageous Cat and Ant-Man. Only the raccoon will be part of a super-group (fittingly, given the character sounds like a Beatles throwback), this being The Guardians of the Galaxy (apparently different from the Aussie owls guarding Ga'Hoole).
While I don't doubt that these are real comic book characters, as they sound ridiculous enough, I cannot believe that real film writers are reporting this news from Comic Con with genuine enthusiasm, although many already seem co-opted by the hype machine. I also find the generally-excited reaction to this news particularly bizarre considering that reports of Michael Bay making a potentially monolith-budgeted Ninja Turtles movie were met with disdain, followed by outrage that he might be dropping the "Teenage Mutant" part from the title. Come on, after being saturated with all other versions of these characters in the 1990s, changes to the characters or story is the only thing that makes me actually want to see a new version.
Of course there's a silver lining to this Hollywood move towards anthropomorphic animal heroes, and I'm not talking about Wes Anderson destroying another Roald Dahl book. Not only does this mean that Danger Mouse might get his own movie (with Penfold!), but the trend might shift even further towards fruits and vegetables, and I'll finally see my dream realised of a Bananaman movie, with Eric Bana playing Eric/Bananaman!
*for The Ghost Who Walks
Sign-In to Vote
Tweet 0 Submit

For the record: Ant-Man is not an actual ant. The core concept is a bit more believable. A Bruce Banner-like scientist called Hank Pym, accidentally becomes a superhero thanks to a chemical substance he created. He is able to shrink to miniscule sizes, and re-size himself back. Think The Incredible Shrinking Man, if the Incredible Shrinking man could return to his own size and used his powers as a suave superhero/bond-esque spy. In later incarnations Ant-Man could also become superhuge. And yes, in the comics he can talk to ants with a special helmet, but he is not in any way an ant himself. He is more of a superstar-scientist with a darker edge (he is an alcoholic, women-hitting, women-chasing misanthrope).

Okay that does sound potentially better than first appears (although I was trying to write on first appearances, instead of faking enthusiasm after reading Wikipedia) and so I guess Wright could make something of this material. It will be interesting to see how he handles that dark, misogynist side of the character, especially as the womanizing egomania so overcooked in Marvel's tent-pole character, Tony Stark, makes him almost unbearable to watch now. What was great in Iron Man now plays like wet concrete.

I'm interested -- How does the Ant costume work? Does it stretch, like that stretchy guy in Fantastic Four, or does it just rip to shreds like Hulk? That would be pretty weird if the guy kept changing sizes while fighting... while naked.