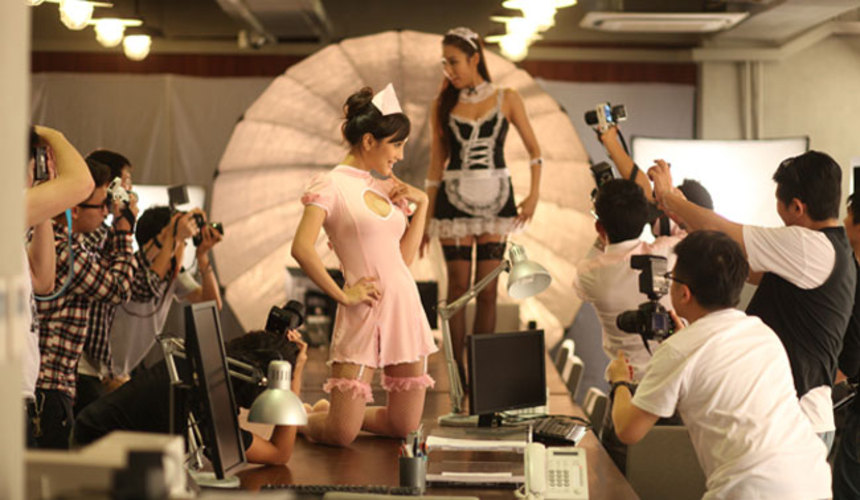 And when we say "bang," we're not talking explosions, here. There wasn't enough money for pyrotechnics in the film's miniscule budget. So that really only leaves one place for the film-savvy pervert's mind to go. Fucking.

The film starts with a simple question: What exactly does a film producer do? The short (and curly) answer is that a producer is like pubic hair; he helps to ease the friction. The long answer makes for the rest of our story, an outrageous series of events that  Pang Ho-Cheung promised, "all happened in real life."

VULGARIA screened Friday, June 29th at Lincoln Center. If you weren't there, you missed a great time at the movies. Be sure to keep an eye peeled for this one.

You can read James Marsh's full review of the film HERE.

Joshua Chaplinsky is the senior editor for LitReactor.com. He also writes for ChuckPalahniuk.net. He was a guitarist in the band SpeedSpeedSpeed, and is the poison pen behind thejamminjabber, although he's not so sure he should admit it.