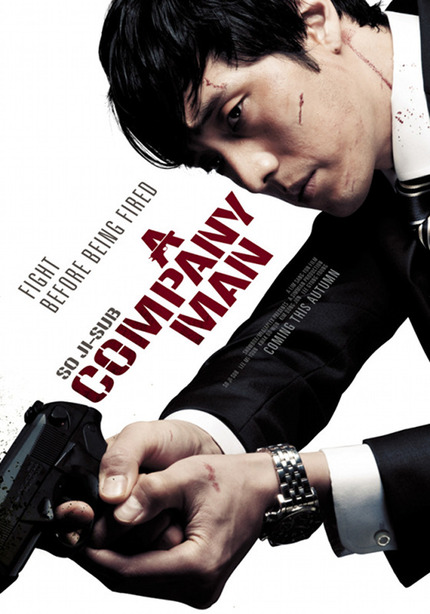 Korean heart throb So Ji-Sub is seldom seen on the big screen, the star of Rough Cut spending most of his time on television, but he'll be there in a big way this fall as the leading man in high octane hitman thriller A Company Man.

Hyung-do wears a suit and tie like any other white collar worker... except his profession is murder. He is a professional contract killer -- a hitman -- loyal to his employer and regarded as the best in the business. But one day, to the surprise of his colleagues and his enemies, he suddenly decides to quit his job for a woman. Seen as the ultimate betrayal, Hyung-do is immediately hunted down by his former employers. Will he be able to escape with his life, much less with his love?

A promo for this one was on display in Cannes and early hopes that it will live up to other Korean fare like A Bittersweet Life and The Man From Nowhere appear to be very well founded. the latest poster art is above.