Witness The Angst Of The Middle Management Hitman. First Trailer For Korea's A COMPANY MAN. 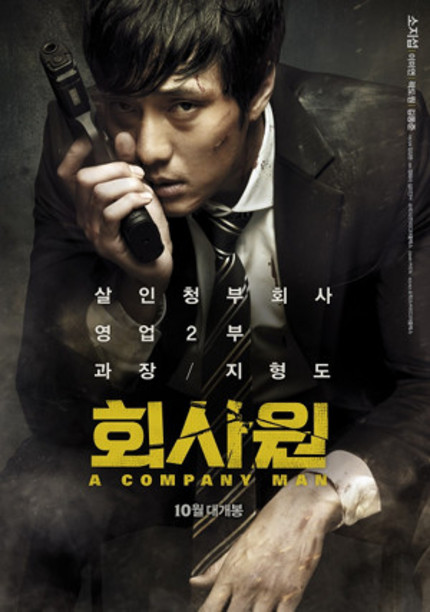 Currently riding the record breaking success of international heist film The Thieves, Korean production company Showbox is hoping to deliver the second half of a one-two punch to the local box office with upcoming hitman thriller A Company Man.

Hyung-do wears a suit and tie like any other white collar worker... except his profession is murder. He is professional contract killer -- a hitman -- loyal to his employer and regarded as the best in the business. But one day, to the surprise of his colleagues and his enemies, he suddenly decides to quit his job for a woman. Seen as the ultimate betrayal, Hyung-do is immediately hunted down by his former employers. Will he be able to escape with his life, much less with his love?

Yep, it's a tale of guns, love and middle management starring Korean heart throb So Ji-sub in the title role.

The first trailer for the film has just arrived, take a look at it below.
Tweet Post Submit