So Ji-Sub Stars In Korean Hitman Thriller A COMPANY MAN 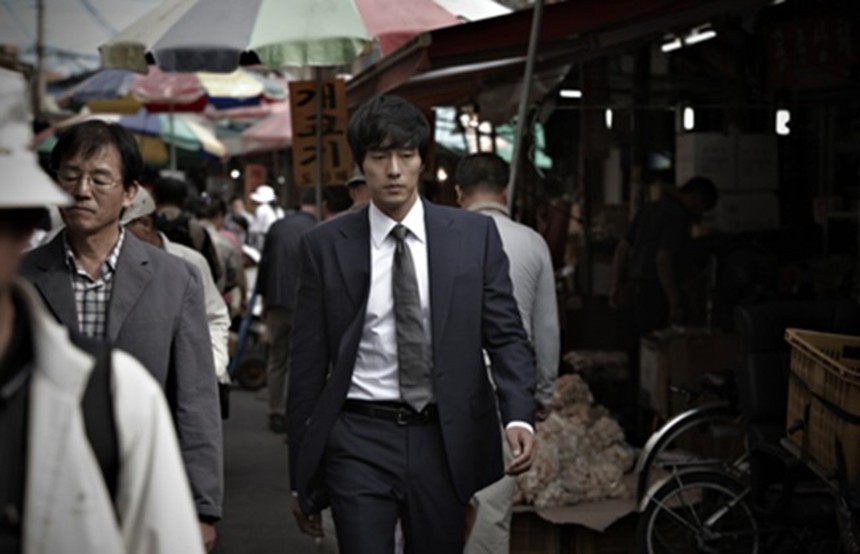 Korean heartthrob So Ji-Sub turned heads around the world with his role in 2008's Rough Cut. Already a star of television dramas, Rough Cut put So back on the map in Korea after a couple years away while he did his mandatory military service and he has been very selective with his roles since, appearing in big budget TV drama Cain And Abel and Chinese feature Sophie's Revenge. And soon he will be back on the big screen at home thanks to his lead part in Lim Sang-yoon's A Company Man.

Hyeong-do is a VP-level assassin in a contract killing organization masked as a metal trading company. For this cold-blooded professional, killing is nothing more than daily business dealings. One day, he is assigned on a job with an outsourced help, Hun-yi, who is to be eliminated afterwards. Before meeting his fate, Hun-yi asks Hyeong-do a favor - to deliver money to his family. After much hesitation, Hyeong-do visits Hun-yi's house and meets a woman. It is Su-yeon, a former singer that Hyeong-do used to adore. After meeting her, a subtle change takes place in Hyeong-do's heart; he begins feeling regrets about his job. In the meanwhile, the company discovers that Hyeong-do didn't kill Hun-yi as instructed. They decide to remove him from the organization.

Hyeong-do, who now hopes to start a new life with Su-yeon, finds himself being hunted by the very organization he worked for.

There are obvious shades of A Bittersweet Life in that synopsis and if this can live up to that earlier picture it will end up being one of the best of the year. A Company Man is due for release later in 2012.