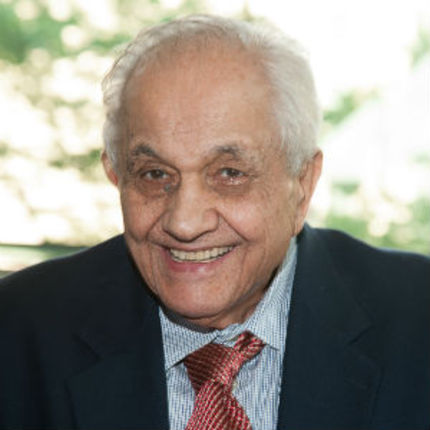 Within the past 10 days or so, film critic Andrew Sarris died at the age of 82; screenwriter Aaron Sorkin's new TV series, The Newsroom, debuted; Jonah Lehrer, staff writer for The New Yorker, was accused of multiple cases of self-plagiarism; and Magic Mike, Steven Soderbergh's latest film, opened in theaters across the U.S. and Canada.

The auteur theory explains it all.

"Having been officially credited or blamed for bringing the words auteur, auteurism, and auteurist into the English langauge, I seem to be stuck with these tar-baby terms for the rest of my life," Andrew Sarris wrote in the afterword to his book The American Cinema: Directors and Direction 1929-1968. He concluded by noting: "At this late date I am prepared to concede that auteurism is and always has been more a tendency than a theory, more a mystique than a methodology, more an editorial policy than an aesthetic procedure."

Sarris continue to revisit and reshape his views on directors and direction throughout his career, and what I learned from reading his film criticism, first in The Village Voice and then The New York Observer, is that many, many people work hard on every movie that is made, but that sometimes a singular artistic sensibility can be discovered, observed, valued, and dissected over the course of a career. Quite often it's the director's voice that can be heard, but sometimes the auteur is the writer or the producer or the cinematographer or the production designer or the composer or the star(s).

What I remember most is one of his columns from the summer of 1982, the summer that Alamo Drafthouse is celebrating as (maybe) the greatest summer in the history of (genre) movies. What I remember is that he spent the bulk of his column writing about the latest releases, and then he concluded with two paragraphs listing titles. The first category: "Don't miss." The second: "Don't avoid." And so I made sure to see everything in the first category, and as many of the second category as possible. Watching as many movies as possible, and reading about them, became my own personal film school.

The case of Jonah Lehrer is fascinating from multiple perspectives. Unlike Stephen Glass, a rising star of magazine journalism whose personal story of deception was turned into Billy Ray's absorbing film Shattered Glass, Lehrer did not, it appears, fabricate his sources or stories out of whole cloth and pass them off as true; instead he recycled his own material without telling his editors or readers.

Recently hired for the presitigous, well-paid position of staff writer for The New Yorker, Lehrer brought along a science blog he had been writing for Wired, and it appears he stumbled in thinking no one would notice that he had repurposed old articles he'd written for varios publications, including Wall Street Journal, for new blog posts. Someone did notice, however, and tipped respected media observer Jim Romenesko, and that started a cycle of outrage, explanations, excuses, and apologies in news media circles.

If Lehrer borrowed from himself, is that plagiarism? The anonymous tipster later told Romenesko: "I see free-lancers and other writers talking about the legitimacy of re-purposing material. I get that (I've done free-lance work), but it's not the point. The point is trust, the unspoken agreement between the writer, the bosses and readers. It's OK to self-refer, but you have to be transparent." 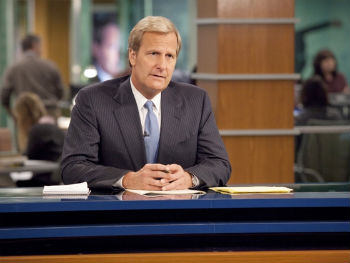 That issue leads directly to Aaron Sorkin. The reviews, many negative, begin piling up last week in advance of The Newsroom debuting on HBO on Sunday, June 24. Sorkin has built a successful career built on his distinctive voice and favorite tropes, expressing that voice in movies (A Few Good Men, Malice, The American President, The Social Network) and TV series (Sports Night, The West Wing, Studio 60 on the Sunset Strip). The way that his characters talk -- the rat-a-tat of facts, figures, and fury, the multitude of literary and cultural references, the carefully-observed punctuation, and the absolute certitude of opinion and/or uncertainty of personality -- has become familiar.

So familiar, in fact, that Vulture found 14 lines of dialogue in the first episode of The Newsroom which Sorkin has used in past shows. So familiar that Kevin T. Porter, who calls himself a fan of Sorkin, compiled a video (titled "Sorkinisms" and running more than 7 minutes) that provides ample proof that Sorkin borrows from his own past material, whether he realizes it or not.

If, then, Sorkin borrows from himself, is he just as reprehensible as Jonah Lehrer? Should HBO add a disclaimer to The Newsroom, as The New Yorker did to Lehrer's articles that were recycled, to let viewers know that Sorkin is re-using material originally written for other TV shows or movies?

Many (if not most) film directors who are considered to be auteurs do not write, or at least do not receive, screen credit for writing. Steven Soderbergh, for example, has not received a credit for screenwriting since 2002's Solaris. Yet he's been serving as his own director of photography (credited as Peter Andrews) for a dozen years, and has also been editing his films (credited as Mary Ann Bernard). All his films display distinctive sensibilities as far as their narrative and stylistic approaches are concerned, especially in recent years.

Take away the breakaway pants, substitute robots for strippers, and Magic Mike is a perfectly ordinary summer movie, story-wise. Ah, but add Steven Soderbergh to the mix, and what pours out is a seemingly complex work of art.

Magic Mike is not above pandering to straight women and gay men, but neither does it avoid trafficking in male-fantasy fulfillment; it provides a little something something for nearly everyone, as long as you're cool with partial nudity and physical objectification. Soderbergh is the not-so-secret ingredient that makes the movie eminently palatable, a tasty treat elevated far beyond its ordinary narrative structure and stereotypical character arcs.

Soderbergh once again coaxs career-best performances out of actors (Channing Tatum, Matthew McConaughey) who previously appeared to have hit the ceiling of their limited range. As he did with Gina Carano in Haywire, he manages a similar trick with Cody Horn, a new actress with little to no acting experience.

Throughout the movie, Soderbergh is borrowing from himself. He's not recycling dialogue or telling the same stories, though; he's reaching deep into his bag of inspirations and mixing it with his own fascinations as an artist. He's an auteur in the purest sense of the word, one who is more interested in the mystique than the methodology of a global pandemic or secret agent hijinks or fighting in a contained space or pulling off a complex casino con or the nature of prostitution or political lobbyists or Communist revolutions.

And, like the strippers in Magic Mike, Soderbergh is happy if you want to watch him work, but preserves his mystique by not revealing everything.

Magic Mike opens wide across the U.S. and Canada on Friday, June 29. Check local listings for theaters and showtimes. 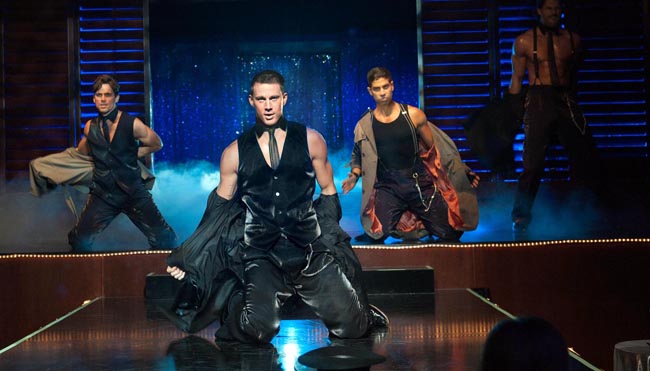 Jim Romenesko - Tipster: I Didn't Have a Fiendish Plan to Bust Jonah Lehrer