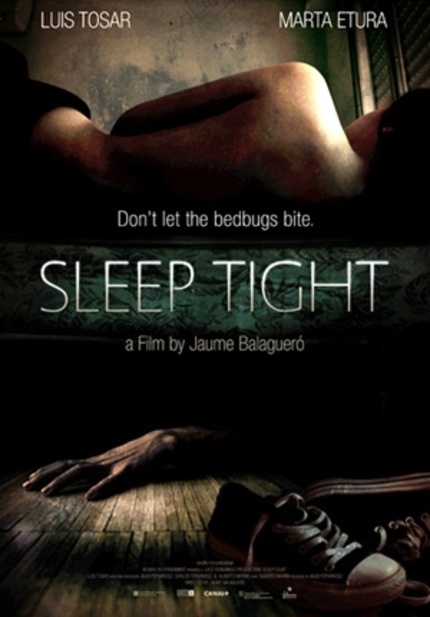 The North American rights to Catalan director Jaume Balagueró Sleep Tight have been acquired by MPI at the Cannes Film Festival this week, according to Deadline Hollywood. The film, released in Spain last year, is a psychological thriller about a rather grumpy and somewhat unhinged apartment building concierge, Cesar. While presenting a seemingly happy and professional manner to the tenants, he secretly begrudges them, enjoying their moments of misery, and stalking the apartment of one of the more attractive residents, Clara.

Balagueró is one of the best directors out of Spain in recent years; his films such as Los Sin Nombre, Darkness, and of course [Rec] and [Rec]2 (co-directed with Paco Plaza) have shown versatility with the fantastic genres, and his films are always taut, tense, and terrifying. Sleep Tight is no exception. What could have been another dull film about a guy stalking a girl, in the hands of Balaguer, screenwriter Alberto Marini and star Luis Tosar, is anything but dull. Instead, we are surprised and shocked at every turn, with Tosar proving again he's one of the finest actors working in Spain today. His Cesar is calm, cool, if not entirely collected, making his actions as riveting as they are horrible. The film won several Gaudi awards this year, including ones for directing, acting and screenplay.

No word yet on release dates, but hopefully it won't be too long before North Americans can watch this decidedly creepy and amazing film.