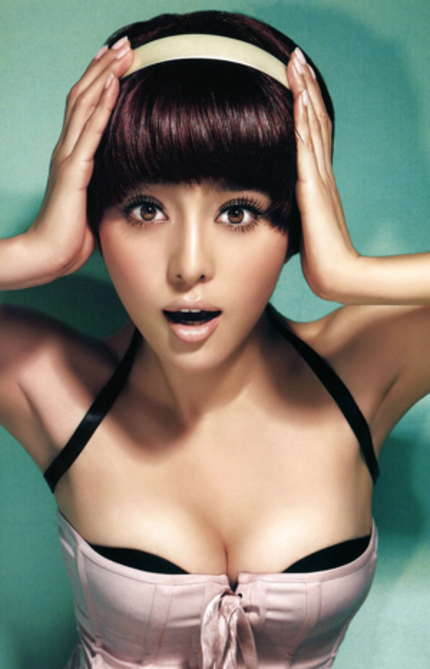 Mainland Chinese actress Fan Bingbing may potentially sign on as the latest addition to the cast of Marvel studios' Iron Man 3. Although the casting of Bingbing in the third installment of the superhero franchise hasn't been confirmed officially yet, it shouldn't come as any surprise if this were to pan out, since the talented beauty has already hinted at her intention to break into Hollywood this year.

DMG Entertainment, the China-based production company that will be co-producing with Walt Disney, has already contacted Fan's agents to present the offer and is now awaiting word on whether or not she's interested.  Yao Chen and Liu Ye have also been contacted about roles in the film. However, DMG film co-producer Dan Mintz earlier revealed that Andy Lau wasn't contacted, but didn't rule out the possibility of working with the Hong Kong superstar. As a co-production with China, the company will incorporate elements of Chinese culture into the script and hopes to push Chinese actors onto the international stage.

Shooting is expected to begin sometime in late summer with the release date scheduled for May of next year.
Tweet Post Submit