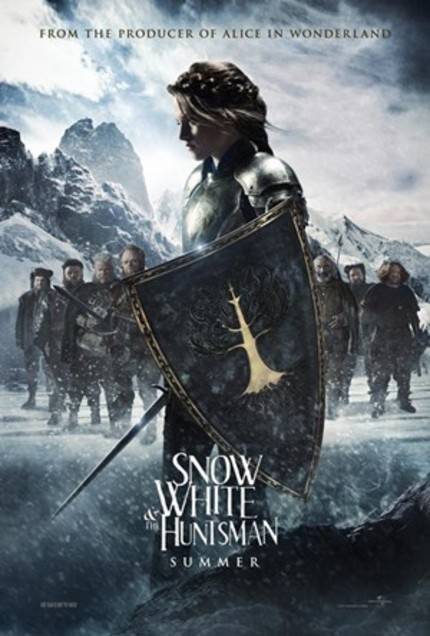 Coming to theaters June 1st is the second of the year's Snow White themed films, this one being Rupert Sanders' dark reimagining of the fairy tale, Snow White And The Huntsman.

Snow White is the only person in the land fairer than the evil queen. Unable to tolerate the insult to her vanity, the evil queen decides that Snow White must die. The queen sends a huntsman to kill Snow White. However the huntsman finds himself unable to murder the innocent young woman, and instead ends up training her to become a warrior capable of threatening the queen's reign.

A new clip has been released from the film featuring Chris Hemsworth and Charlize Theron as the titular hunstman and the evil queen, respectively. Hemsworth doesn't appear to be happy to be there. Check the clip below.
Tweet Post Submit