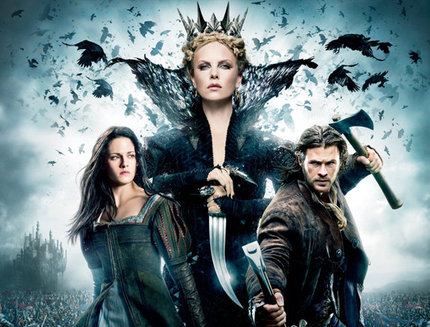 This week, the Rupert Sanders-directed Snow White and the Huntsman makes its way to DVD and Blu-ray from Universal Pictures Home Video. And we've got two copies of the high def version of the reimagined fairy tale to to give away courtesy of the studio.

In the epic action-adventure Snow White & the Huntsman, Kristen Stewart (Twilight) plays the only person in the land fairer than the evil queen (Oscarr winner Charlize Theron) who is out to destroy her. But what the wicked ruler never imagined is that the young woman threatening her reign has been training in the art of war with a huntsman (Chris Hemsworth, Thor) who was dispatched to kill her. Sam Claflin (Pirates of the Caribbean: On Stranger Tides) joins the cast as the prince long enchanted by Snow White's beauty and power. The breathtaking new vision of the legendary tale is from Joe Roth, the producer of Alice in Wonderland, producer Sam Mercer (The Sixth Sense) and acclaimed commercial director and state-of-the-art visualist Rupert Sanders.

Here's what you could win:

Two of our lucky readers in the U.S. and Canada will be receiving this prize pack simply by following @ScreenAnarchy on Twitter (what, you aren't already?) retweeting the message below:

Retweet to win a Snow White and the Huntsman Blu-ray prize pack from @ScreenAnarhcy!

The contest is open through Thursday, September 14th at 11:59 PM PST to readers in the U.S. and Canada. Winners will be notified via DM.

Thanks for being the best film fans out there and good luck!

Snow White and the Huntsman is available on DVD, Blu-ray, and VOD this week from Universal Pictures. 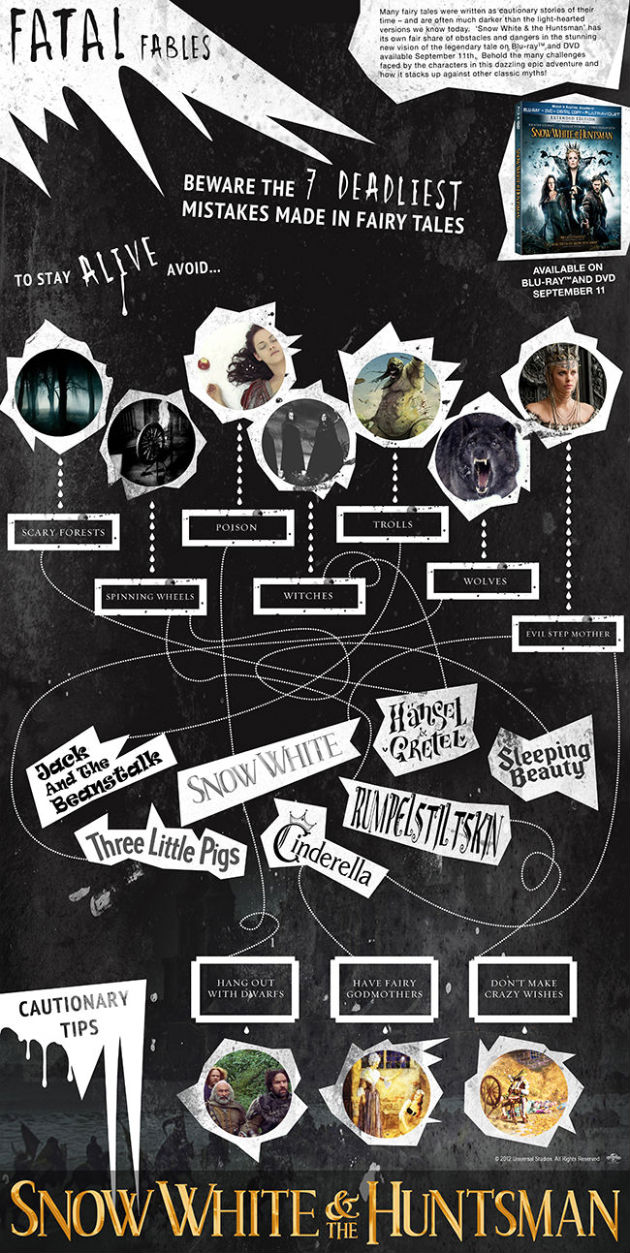