Ben Wheatley's SIGHTSEERS Grabbed for US by IFC 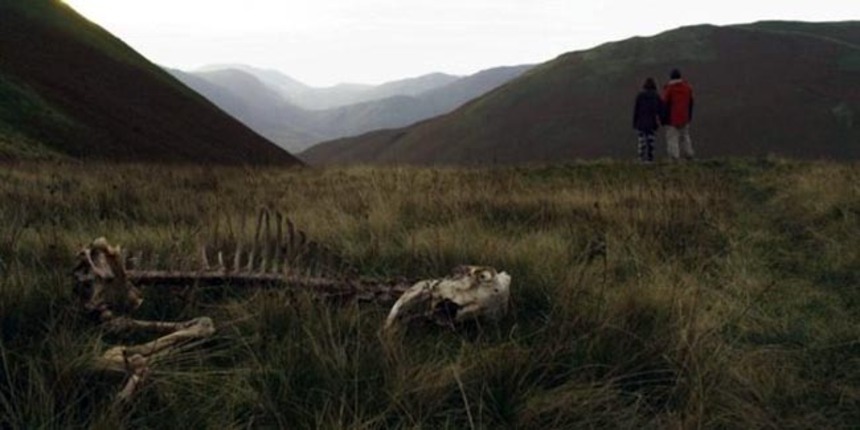 Ahead of its world premiere today in the Directors' Fortnight section at Cannes, Ben Wheatley's Sightseers has been acquired by IFC Films for distribution in the U.S., according to Indiewire.

Alice Lowe and Steve Oram star in what is being described as a 'dark comedy,' which the clip that's been released would seem to support. Both Down Terrace and Kill List have been bracingly original works, the first leaning more on the funny bone while the latter dipped into strange, violent, unhinged extremes.

I felt that Kill List was one of the best films of the year, so to say I have high hopes for Sightseers is putting it mildly. Here's the official synopsis:

Chris (Steve Oram) wants to show Tina (Alice Lowe) his world and he wants to do it his way - on a journey through this sceptred isle in his beloved Abbey Oxford Caravan. Tina's led a sheltered life and there are things that Chris needs her to see - the Crich Tramway Museum, the Ribblehead Viaduct, the Keswick Pencil Museum and the rolling countryside that separates these wonders in his life. But it doesn't take long for the dream to fade. Litterbugs, noisy teenagers and pre-booked caravan sites, not to mention Tina's meddling mother, soon conspire to shatter Chris's dreams and send him, and anyone who rubs him up the wrong way, over a very jagged edge...