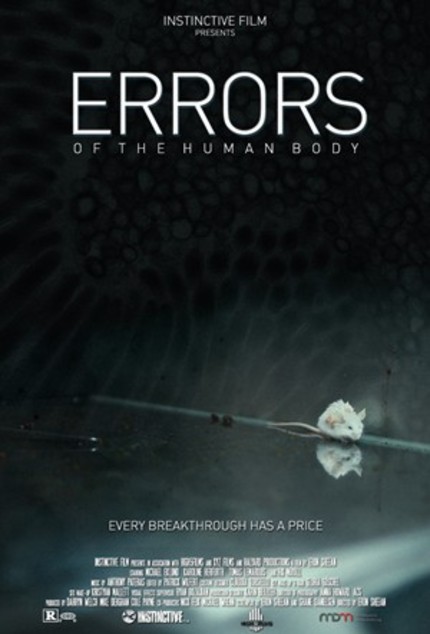 Perhaps best known as the writer of Xavier Gens' apocalyptic horror The Divide, Eron Sheean makes his feature directorial debut with Errors Of The Human Body.

A scientific thriller shot on location at the largest genetics research facility in the world - Germany's Max Planck Institute of Molecular Cell Biology and Genetics - Errors of the Human Body features an international cast including Michael Eklund (The Divide), Karoline Herfurth (Perfume: The Story Of A Murderer), and Tomas Lemarquis (Noi the Albino).

Dr Geoff Burton takes up a position at a new institute in wintry Dresden, Germany. His contribution to a former colleagues important project, a human regeneration gene, has the potential to make something miraculous out of a personal tragedy that has haunted him for years. Errors of the Human Body is a psychological thriller about one mans quest for redemption from his own disturbing past, set within the mysterious world of genetic engineering.

Twitch is proud to present the first teaser poster (above) and teaser trailer (below) for the upcoming thriller.