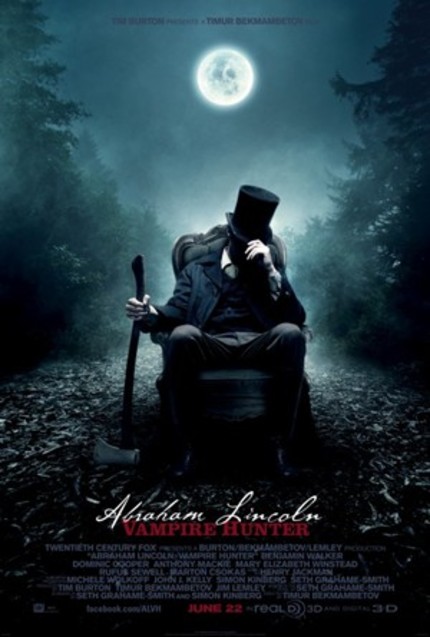 Don't you go messing with Abraham Lincoln. He's got himself an axe and he knows how to use it.

The US trailers for the Timur Bekmambetov directed / Tim Burton produced adaptation of Seth Grahame-Smith's Abraham Lincoln: Vampire Hunter have been plenty impressive but I've had a niggling feeling since they first appeared that a little something extra might be coming down the line from Russia at some point. Bekmambetov, after all, is a huge name there thanks to the blockbuster hit Night Watch films. and it turns out that suspicion was correct.

A brand new Russian trailer has arrived for the film, this one clocking in at just above two minutes meaning there is a good bit of new footage to be found within. And it all looks ridiculously fun. Check it out below.
Tweet Post Submit

Do you feel this content is inappropriate or infringes upon your rights? Click here to report it, or see our DMCA policy.
Timur BekmambetovSeth Grahame-SmithBenjamin WalkerDominic CooperAnthony MackieMary Elizabeth WinsteadActionFantasyHorror