Do You Like Richard Linklater? He'll Talk About BERNIE Online 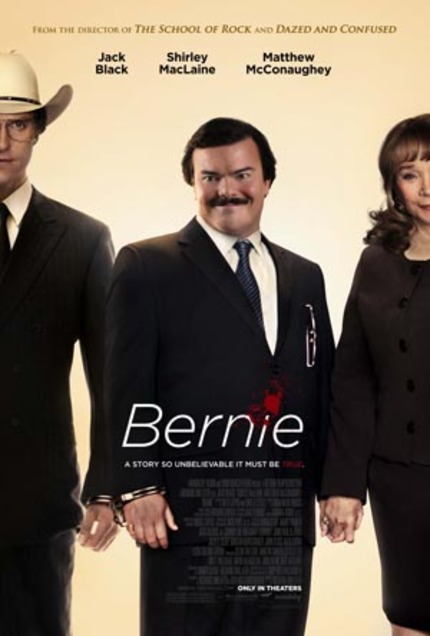 As part of the promotional push for Richard Linklater's Bernie, which opens in limited release in the U.S. next week, the director will participate in an online question-and-answer session that is free to all registered users of Constellation.tv. (It's free to register for the service, too.)

Before the Q&A, selected clips from Bernie will be shown, which isn't, of course, as good as being able to see the entire thing, but perhaps you've already seen the film as it's made stops on the festival circuit. Our own Ryland Aldrich saw it last year at the Los Angeles Film Festival -- you can read his review right here.

Based on a true story, Bernie stars Jack Black as an assistant funeral director in a small town in Texas who befriends a rich widow ... and, after she's been missing for months, is then accused of her murder.

The online show -- Linklater will appear via webcam -- is set for Thursday, April 19, at 8:00 p.m. EST. So if you're a big fan of Linklater, here's your chance to ask him a question!