Time To Serve The F**king Eggs! 3 Deleted Scenes From SKULLWORLD! 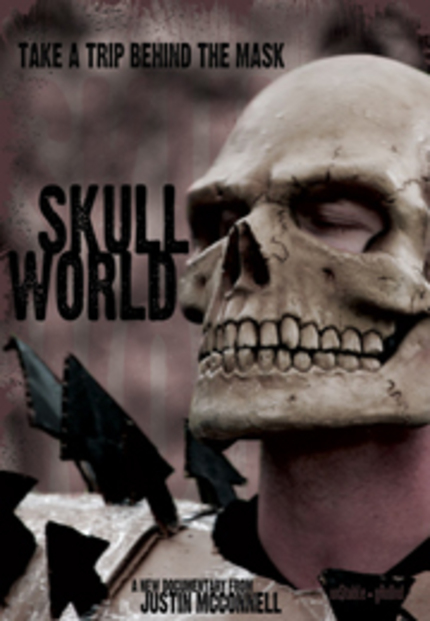 The film is in the can so to speak and director Justin McConnell is now in post on his doc Skullworld. He`s putting the pieces together, the biggest challenge is reattaching the Frontal bone to the Parietal bone. As he tinkers with the final cut he`s posting deleted scenes to tantalize and tease. You will find three after the break!

The upcoming counter‐culture documentary SKULL WORLD is currently in the test screening/final edit phase, and to celebrate, three deleted scenes have been
released online. "There's so much footage that it's barely scratching the surface to do this. These scenes are entertaining, but didn't fit in the overall final film." Stated director Justin McConnell (The Collapsed, Working Class Rock Star). "So from time to time we'll be releasing fun, generally out‐of‐context deleted scenes via the Youtube and Facebook pages. There will be many more leading up to the release of the film." SKULL WORLD is set to be complete and ready for festivals in April. It will be represented by RAVEN BANNER ENTERTAINMENT at the upcoming Cannes Film Market.

Do you feel this content is inappropriate or infringes upon your rights? Click here to report it, or see our DMCA policy.
Justin McConnellGreg SommerJason PluscecShane PattersonSean ChillcottDocumentaryComedy

The clips here are deleted scenes... for a reason. Don't really fit into the overall story of the film.