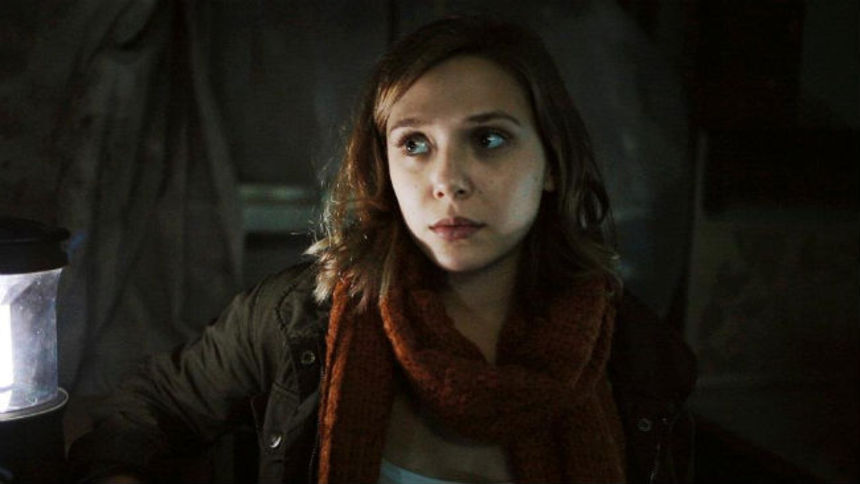 What should be a nifty thriller with novelty value becomes a muddled mess in the hands of filmmakers Chris Kentis and Laura Lau.

They previously collaborated on Open Water, which had a great setup -- bickering couple accidentally left behind on a scuba-diving trip in the shark-infested Caribbean -- and then did nothing but tread water. Their least appealing inclination as filmmakers is indulged again to a heavy degree in their newest effort; once again, we don't much care what happens to the lead character(s).

Silent House is a remake of La Casa Muda, directed by Gustavo Hernandez. The thriller from Uruguay played Cannes in 2010, where our own Todd Brown saw it, and re-reading his review after seeing the English-language remake, it appears that similar "significant flaws" have been faithfully reproduced. Alas, though Mr. Brown felt that the original was "a remarkable exercise in atmosphere, impeccably shot," the remake lacks those redeeming factors, reducing Silent House to an exasperating attempt at a haunted house picture.

Laura Lau's screenplay evidently takes liberties with certain elements of the original story, but fails to address a central issue having to do with the lead character. Sarah (Elizabeth Olsen) is helping her father John (Adam Trese) and Uncle Peter (Eric Sheffer Stevens) to clean up the family's isolated lakeside home so it can be sold. The big old house has fallen into a state of disrepair, and the electricity has been disconnected. There is no landline phone installed, and no cell phone reception. As night falls, they must resort to flashlights to continue packing up their possessions.

We learn a little about Sarah: she's left college and is working with her father; she's at loose ends; her head sometimes "feels like it has holes." Her latter statement is prompted by an encounter with a childhood friend named Sophia (Julia Taylor Ross). That's the first, but by no means the last, indication that not all is as it seems for Sarah.

Peter heads into town, leaving John and Sarah puttering away. Sarah hears an indistinct sound upstairs and is frightened; she enlists her father to discover the source of the sound, which leads to a Very Bad Thing happening.

And at this point, Sarah goes completely to pieces. She is a shrieking young woman who regresses immediately to the primal reactions of a little girl, screaming and whimpering and blubbering. It's way, way over the top, and it was at that moment that I disengaged completely from the fictional reality of Silent House. 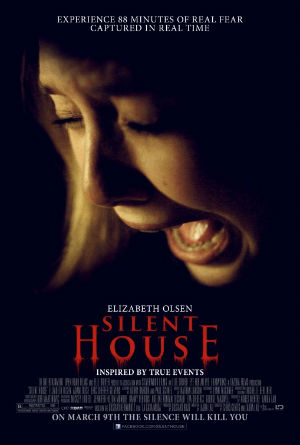 Perhaps if Kentis and Lau -- who share directing credit -- had established a dark, moody atmosphere, or composed their handheld camera shots in a way that was artful and/or intentionally disorienting, or had managed to build tension about the mysterious events taking place, those elements would have compensated for the illogical character deficiencies and narrative confusion that reign throughout the picture.

The filmmakers take pains to establish the family relationship between Sarah, John, and Peter (daughter, father, and father's brother, respectively) and lay down standard horror movie rules (isolated house, no nearby neighbors, no phone, no cell phone reception, no electricity, town miles away).

But they fail to establish Sarah as a character. And if you happen to figure out the gist of the secrets that the house holds -- it's not that difficult -- her actions become even more aggravating and annoying. By the time all is revealed, it's difficult to care one way or the other what happens to any of the characters. We don't know them, we don't understand them, and we haven't the faintest idea why this is a story that needs to be told.

To be clear: It does not.

Silent House opens wide in cinemas across the the U.S. and Canada on Friday, March 9. Check local listings for locations and showtimes.