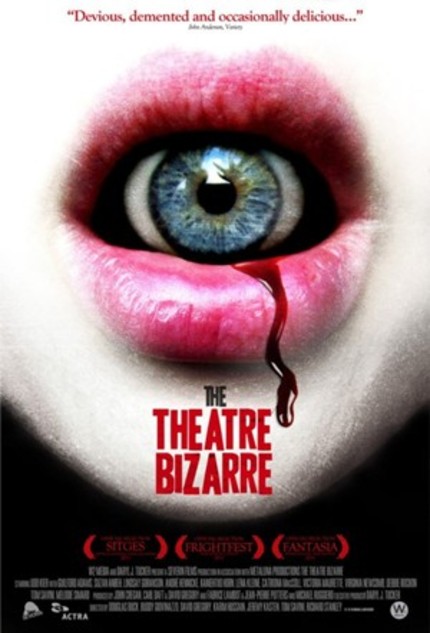 Horror anthology The Theatre Bizarre opens today in limited theatrical release which makes now a good time to look back at the film's world premiere back in July as part of the Fantasia Festival in Montreal.

With parts of the film shot in and around the city and one segment directed by former festival programmer Karim Hussain, the festival pulled out all the stops for this one, flying in the directors of every segment to be present at the launch and running them all out on stage before and after the screening to talk about the film.

So, if you're ready, take a moment to hear what Douglas Buck, Buddy Giovinazzo, David Gregory, Karim Hussain, Jeremy Kasten, Tom Savini and Richard Stanley have to say about their latest effort.
Sign-In to Vote
Tweet 0 Submit