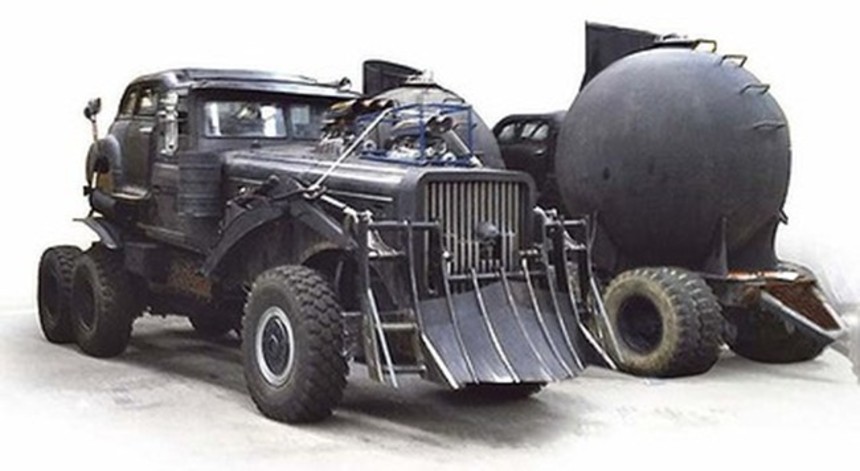 Australia has not been kind to George Miller's quest to continue the Mad Max saga or, more specifically, the Australian weather has not been. Miller was set to go with the new, Tom Hardy led incarnation of Mad Max well over a year ago when atypical rains hits the arid region that had been chosen for the shoot resulting in grass and flowers covering what was supposed to be an post apocalyptic wasteland.

And now Miller and co have tired of waiting for the greenery to wither away and are simply moving the production to Africa instead, a scenario that has led to the cars created for the film to be moved from the original location to a port for shipping. And like magic we have the pictures above.

As anyone who has seen a Mad Max picture knows, the cars are at least as significant as the human characters and these ones appear to have gotten the spirit dead on.

Australia's The Age has one additional photo while also noting that several versions of Max's own vehicle - very much modeled after the original - are also being shipped over.
Tweet Post Submit