Make sure to open ALIEN VAULT: The Definitive Story of the Making of the Film 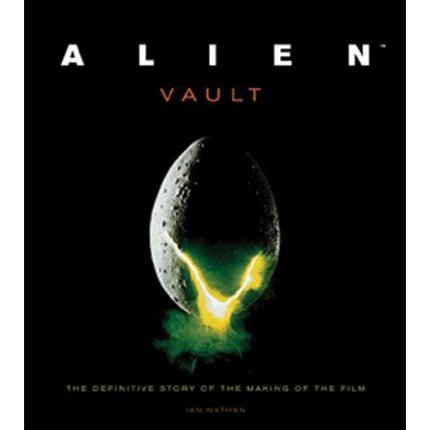 A really good historical book on Alien (1979) has been long overdue. This fixes that in spades even in the face of the comprehensive quality of the massive BluRay box set released last year by Fox. Concentrated almost entirely on the first film in what became one of the largest franchises in film history this beautifully slipcased volume manages to do more than provide a coffee table book experience via many first hand and fairly in-depth anecdotes from cast and crew managing to capture much of the chaotic development of the production. Writing, design and casting, are all thoroughly covered catching hold of the sense of tension between participants as are tensions between Fox and director Ridley Scott over how violent the film would be on release.

The book is also gorgeous to look at. The slipcase is thick and like the rest of the book lavishly illustrated. The interior of the book includes various enclosures that can be taken out including reproduction Geiger print and poster art, production notes, etc. My only complaint with any of this is tthat we get a reproduction paper copy of the famous Nostromo patch. Why not a real one? Would it really have raised the price of production/the book that much? In any case such enclosures might make such a book seem like a mere novelty read. It is not. This is simply the best book I've ever read about Alien the film. There are lots of academic studies of the series out there but precious few that deal in historical fact rather than spinning theories about feminism etc. Written in an accessible but informative style Alien Vault, more than anything else, captures Scott's vision to create the perfect B-movie. The anecdotes about the audience reactions at test screenings are completely believable. This is a film that on first release provoked audiences the same way The Exorcist did. No matter the lukewarm critical reception Alien has grown into it's reputation with a sinuous grace aging hardly at all. If you are any sort of fan of the xenomorph then get this.