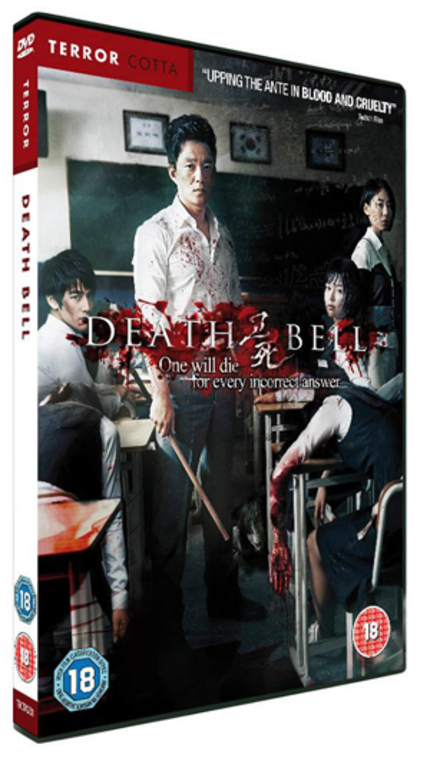 Good news for UK film fans!  Terracotta Distribution has announced the acquisition of Wong Ching Po's festival hit, Revenge: A Love Story for release as part of their upcoming Terror-Cotta horror imprint.  I haven't yet seen the film, which had its international premiere at the Terracotta Far East Film Festival a few months back, but Neils had nothing but glowing comments on this one, concluding his review with this:

Revenge: A Love Story plays like a modern Hong Kong version of Se7en, only better, more tense and not as restrained as Fincher's film. Ching-Po Wong proves the perfect director for this and delivers a film that will remain with you some days after the initial viewing. Revenge: A Love Story lacks any weak points, excels on almost every level and enhances the Cat III rating with some damn stylish film making. And if you thought Dream Home was just a lucky hit for Ho's 852 Films, this film goes to the limit to prove you wrong. Excellent stuff, comes highly recommended.

That sounds like a winner to me, and I can't wait to see what Terror-Cotta does with the title!

Speaking of Terror-Cotta, their first release, the Korean horror film Death Bell is nearly upon us, with it's October 10th release date looming.  As one of the many victims of the Sony Distribution fire during the London riots last month, Terracotta could use your help, and the best way to help them is to buy new product!  I stand by their releases as being of impeccable quality, and often they include exclusive extras that only enhance their value.  You can also help out by ordering directly from Terracotta Distribution at their newly launched online store.  You can find that link below.

Last in today's update is some news regarding Terracotta's release of Johnnie To's Sparrow.  I reviewed their three disc special edition of this film a few months back, but that one was a wee bit pricey.  Terracotta has decided to also make the film available in a single disc edition which is much less expensive and will be released this Monday, September 26th.

Check out The Terracotta Store. New releases aren't online yet, but I imagine it won't be long!