The Director Of MANDRILL And MIRAGE MAN Returns With SANTIAGO VIOLENTA! 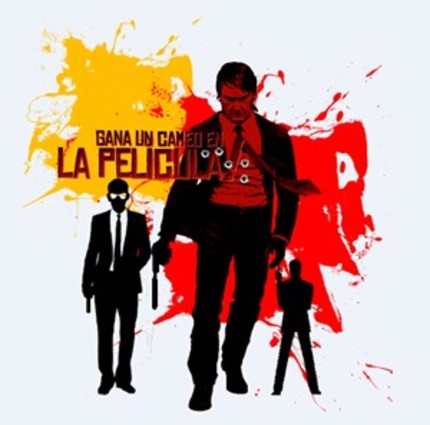 For the first time in his career writer-director Ernesto Diaz Espinoza is in production on a film that was not written for his close friend Marko Zaror. The Espinoza-Zaror duo have been a potent one thus far, together producing international cult favorites Kiltro, Mirage Man and Mandrill but now it's time to prove that they can function as something other than a double-act.

Espinoza is now one week in to production on his fourth feature, Santiago Violenta, and he has passed us the first images from the set - one behind the scenes pic and one still. This time out he's indulging his love of 1970s Italian crime film with a heist picture revolving around a trio of young men played by Matías Oviendo, Mauricio Diocares and Nicolás Saavedra. The synopsis and other materials are currently available only in Spanish but you can tell from the images that Espinoza is clearly indulging the love for 70s fashion that he flirted with in the flashback sequences of Mandrill. Check the images below. 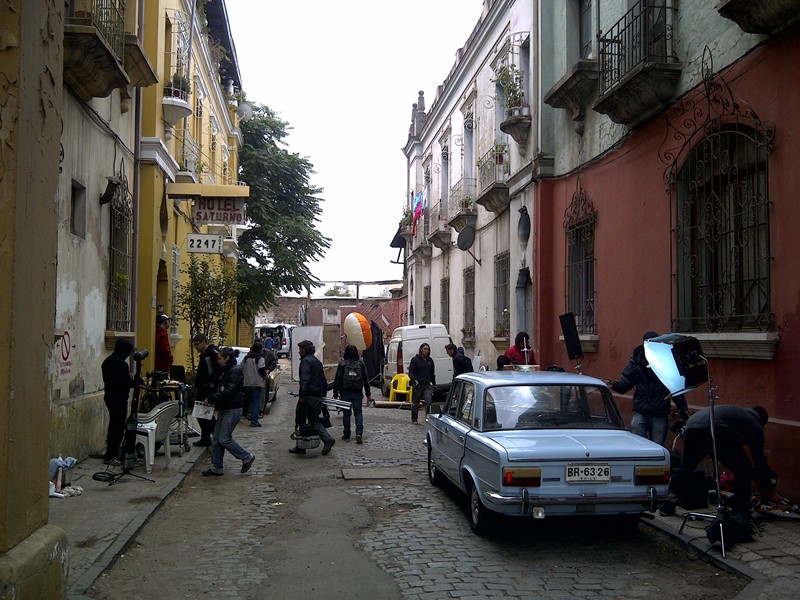 Do you feel this content is inappropriate or infringes upon your rights? Click here to report it, or see our DMCA policy.
Ernesto Díaz EspinozaDavid Vera-MeiggsMauricio DiocaresMatías OviedoNicolás SaavedraShenda RománActionComedyCrime