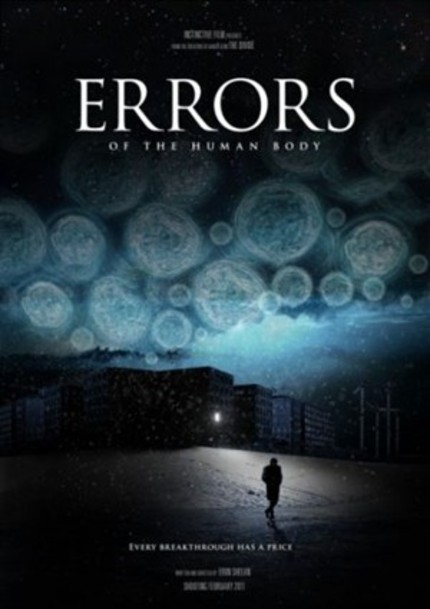 [The official blog for the film - including a lengthy mood reel - is now available online here.]

You're going to be hearing a lot about Eron Sheean over the next year or so. He's the writer of Xavier Gens' The Divide, for one thing, and about to make his directorial debut with science based thriller Errors of the Human Body.

It's an interesting beast, this one. Errors is science fiction in that it's a fictional thriller that uses science gone wrong as its backdrop. But it's science fact in that all of the science present is legitimate and the film has been developed with the full cooperation of scientists at the Max Planck Institute Of Molecular Cell Biology And Genetics in Germany. Basically anybody that gets off on 'hard' science fiction and loves to poke holes in the technology of Star Trek be aware: this is the film for you.

Berlin-based Instinctive Film will commence principal photography February 14 on Eron Sheean's ERRORS OF THE HUMAN BODY. Sheean (writer of THE DIVIDE) will make his feature directorial debut from the script that he wrote with co-writer Shane Danielsen (ex-director of the Edinburgh Film Festival). The psychological thriller set in the world of genetic research stars Germany's Karoline Herfurth (PERFUME: THE STORY OF A MURDERER, THE READER, and WE ARE THE NIGHT), Michael Eklund (THE DIVIDE) and Iceland's Tomas Lemarquis (NOI THE ALBINO).  The Regional MDM Film Commission is also supporting the project.
ERRORS OF THE HUMAN BODY is produced by Darryn Welch of Instinctive Film in association with Mike Dehghan of High5Films in Germany. XYZ Films, Chris Ouwinga, Rolloco Productions, and Pandastorm's Justus Peter and Rainer Bruns serve as executive producers. Anna Howard ASC will lens the film using the Alexa by Arri.

The film centers on Canadian scientist Dr. Geoff Burton (Eklund) who takes up a position at a new institute in wintry Dresden, Germany. His contribution to their most important project - a human regeneration gene - has the potential to make something miraculous out of a personal tragedy that has haunted him for years. ERRORS OF THE HUMAN BODY is about one man's quest for redemption from his own disturbing past, set within the mysterious world of genetic engineering.

Welch commented, "It's a fascinating project to be involved with: an English-language, German-set film with an Australian director and a truly international cast; a dramatic, psychological thriller filmed in a working science laboratory; real-life living props and incredible special effects. It's really a brave new world, and we're thrilled by the support we have to make it."

Sheean has won multiple awards for his short films in the past which include world premieres at the Sundance Film Festival, Telluride and Berlin Film Festival, among others. Sheean also wrote, co-produced and was second unit director on THE DIVIDE starring Lauren German, Milo Ventimiglia, Michael Eklund, Michael Biehn, Rosanna Arquette, and Courtney B. Vance.

Instinctive Film's credits include THE DIVIDE, and the thriller BROTHERHOOD which premiered to critical acclaim at last year's 2010 SXSW Film Festival. Other recent titles include THE BANG BANG CLUB, THE END and STAG NIGHT.

And here's the official synopsis:

And for those wanting a bit more, check out the small gallery of images shot by Sheean at the Max Planck Institute as mood pieces to help shape the look of the film. 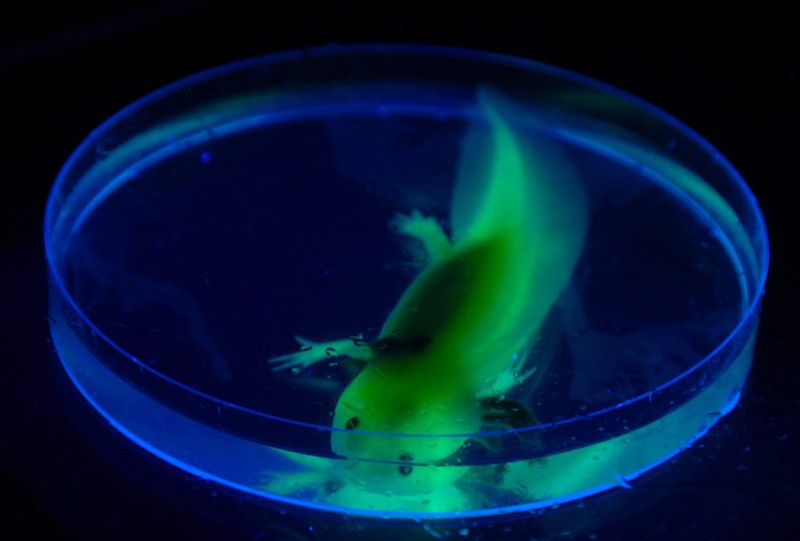 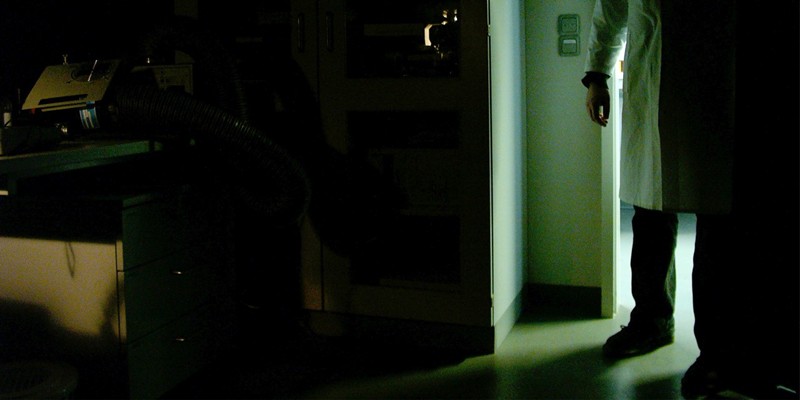