Well, there will apparently be no doom and gloom stories in the trades about how nobody is buying what the Sundance film makers are selling this year. Though the festival hasn't even begun yet there has been a wave of early deals involving selected films already - Hobo With A Shotgun to Magnet, the Roger Corman documentary to A&E, etc - but the biggest by a healthy margin is the deal freshly gone down for Jeff Nichols' Take Shelter.

The film, starring Michael Shannon as a man obsessed with the idea that the apocalypse is coming, has just been bought by Sony Pictures Classics. Sony takes all rights in North America, Latin America, Australia and New Zealand. Which means they like it. A lot. This one was already high on my list of titles to keep an eye on and it's just bumped up a little higher. Here's how the festival describes it:

Curtis LaForche lives in a small town in Ohio with his wife, Samantha, and daughter, Hannah, a six-year-old deaf girl. When Curtis begins to have terrifying dreams, he keeps the visions to himself, channeling his anxiety into obsessively building a storm shelter in his backyard. His seemingly inexplicable behavior concerns and confounds those closest to him, but the resulting strain on his marriage and tension within his community can't compare with Curtis's privately held fear of what his dreams may truly signify.

Take Shelter features fully realized characters crumbling under the weight of real-life problems. Using tone and atmosphere to chilling effect, Nichols crafts a powerful psychological thriller that is a disturbing tale for our times. 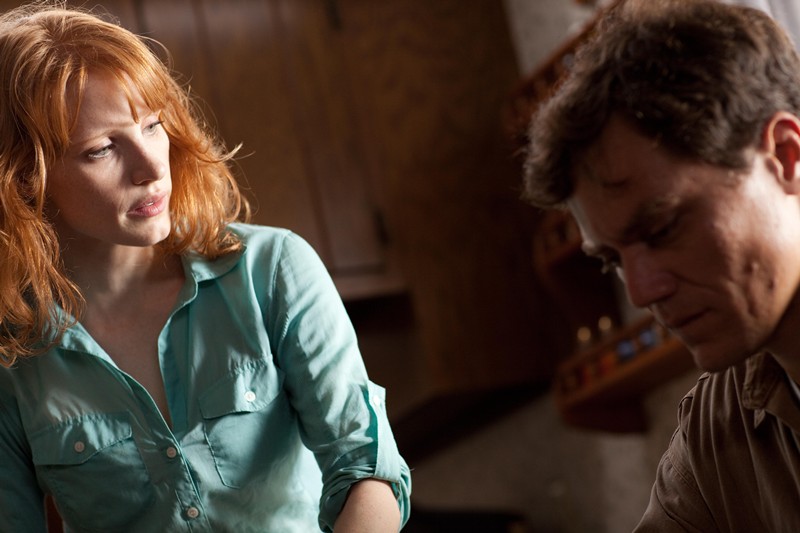