Fresh From The Land Of 'What The Hell': The First Proper Teaser From Hong Kong Superhero Comedy MR AND MRS INCREDIBLE 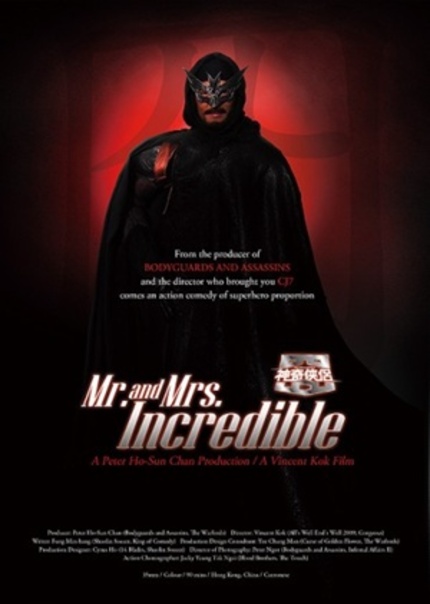 Peter Chan's We Productions have sunk a good bit of coin into upcoming superhero comedy Mr And Mrs Incredible and they've been engaged in a lengthy and quirky ad campaign to make sure everybody knows its coming. With Louis Koo and Sandra Ng as a married pair of actual superheroes I've never expected anything but a slapstick spin on the superhero film out of this but I don't think I was expecting anything quite as odd as what the first true teaser from the film promises to deliver. Check it below.

Love is never meant to be an easy matter - especially for superheroes. Gazer Captain (Louis Koo) falls in love with Red aka Aroma Woman (Sandra Ng). Getting tired of their lifestyle, they decide to retreat to a small village and start a family. Five years pass, Gazer and Red live a quiet and happy life. One day an official announces that an upcoming martial arts tournament will be held in their tranquil village. Hundreds of kung fu masters and fanatics arrive for the ultimate championship, then trouble really kicks off.

Do you feel this content is inappropriate or infringes upon your rights? Click here to report it, or see our DMCA policy.
Vincent KokMin Hun FungLouis KooZhang WenSandra Kwan Yue NgChapman ToActionComedyRomance

More about Mr And Mrs Incredible