Richard Stanley Returns To Horror With MOTHER OF TOADS 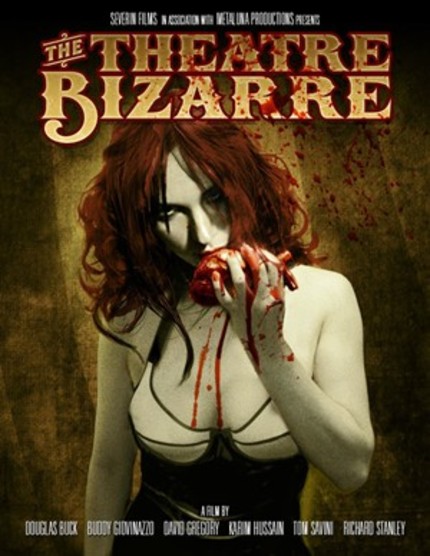 Fans of Richard Stanley rejoice. The iconic - but far from prolific - director of Dust Devil and Hardware is currently in production on Mother Of Toads, his entry in upcoming horror anthology project The Theatre Bizarre.

Co-produced by Severin Films and Metaluna productions, The Theatre Bizarre gathers a sextet of cult horror directors with Richard Stanley out of the gate first but soon to be followed by Douglas Buck, Karim Hussein, Buddy Giovinazzo, David Gregory and Tom Savini. All six were handed identical budgets and the promise of total creative freedom provided they turn in a short between ten and twenty minutes long inspired by Grand Guignol.

Stanley's entry went before cameras last week and the first images will be appearing on ScreenAnarchy shortly.
Sign-In to Vote
Tweet 0 Submit

Nice! Is that Stacey Travis from Hardware in the first pic?

Been asked to pull the images for the time being. Should have more / better ones within a day or so.

Go Karim! (Also cannot wait to see the cinematography on HOBO WITH A SHOTGUN...)