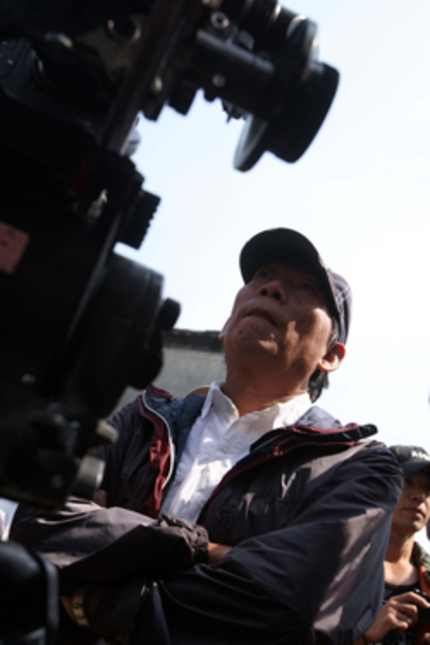 Rocking interview Mack! You must have been beside yourself with excitement!

Awesome. I, too, think Lau Kar-Leung deserves more recognition. I don't know if it's becasue of the language barrier, but Master Yuen doesn't seem very forthcoming in revealing his working methodology. Can't blame him, I guess. Tricks of the trade and all that.

It could have very well been lost in translation. What you don't get are the bits in between where I'm talking with the translator some times and clarifying. As you can see some of my questions weren't terribly direct and just rambles. I wasn't going to press the issue because of time constraints. Just happy to be there in the same room as him.

Aw man, this is so cool!
Would have loved to have been there...

But is it really a faux-pas to bring stuff to sign? I thought it was only "not done" when you're part of a junket, because then you are wasting all the other people's time (looking anxiously over my shoulder at the pile of signed things from past festivals).

I always wait how the interview proceeds to judge the mood of the people I'm talking to , but generally they're very pleased when I show them something to sign at the end.

When "GhibliWorld" Peter and I interviewed Shinji Aramaki for "Appleseed Ex Machina" we knew Warner wanted regular journalists, no crazed Otaku, so we kept the questions as straight as possible and only did some deeper anime-diving and veteran name-calling at the very end when we went into overtime.
Then, when the interview was finished and Aramaki-San was getting ready to return to his hotel (it was the last interview of the day) we brought our collection out of the bag: "Appleseed: regular edition", "Appleseed: special steelbook edition", and the Japanese "Appleseed: collector's edition" (the one with the huge books). It got a big laugh out of him and he asked us questions about each edition, and indeed he signed all of them.

As I haven't done too many of these I understood it to be generally frowned upon.

From the way the interview was going though I got the sense he would have been more than happy to sign something for me. What I didn't include in the conversation about the VHS tape was that his production partner Mr. Wong told me I should go get the tape. Only it was back home in Toronto. Dangnabbit!!!

The picture with him and the memories was more than enough.

Ard, I don't think it's a faux pas per se (ok, I'll pick a language in a minute !) you just have to judge the mood and the moment. It can occasionally look a little unprofessional but hey, if you don't jump on the chance when you get it, you really have only yourself to blame.

Awesome interview, Mack! Very cool that they recognized and acknowledged your encyclopedic knowledge!