Yuen Woo Ping, an influential filmmaker best known for his work in action choreography, is responsible for some of the most memorable fight scenes in the history of cinema.

In Chinese-speaking countries, his work has earned him the title of ‘天下第一武指’, which translates to ‘the best fight choreographer in the world’. Since the 1970s, he has worked with many Chinese superstars, like Jackie Chan in Drunken Master, Sammo Hung in Magnificent Butcher, Donnie Yen in Iron Monkey, Jet Li in Fist of Legend, Chow Yun Fat and Michelle Yeoh in Crouching Tiger, Hidden Dragon and Stephen Chow in Kung Fu Hustle.

He has also choreographed the breathtaking fight scenes in Hollywood films like The Matrix trilogy and Kill Bill 1 & 2.

It was with great pleasure that I spoke with Master Yuen recently.

Hugo Ozman: Master Yuen Woo Ping, thank you very much for taking the time to talk with me. Your film TRUE LEGEND was recently released on Blu-ray in Australia and I got the chance to see it in high definition for the first time.

TRUE LEGEND tells the story of Su Can (a.k.a. Beggar Su). Like Wong Fei Hung, Su is a legendary martial artist who has been portrayed numerous times in films. Superstars like Chow Yun Fat, Donnie Yen and Stephen Chow have all played the character in the past. What do you think are so special about this man that make him such a popular figure in movies? 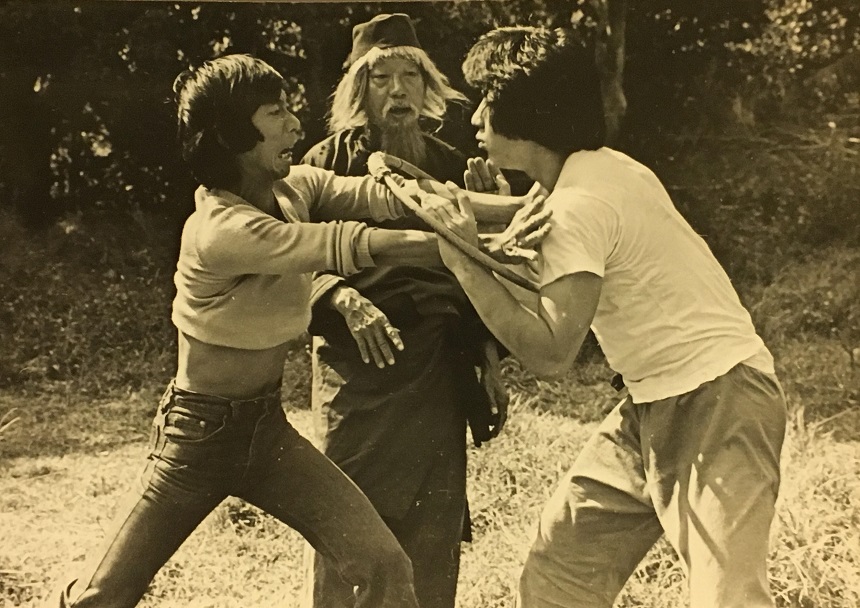 Your father, Master Yuen Siu Tien (pictured above in the middle, with Yuen Woo Ping on the left and Jackie Chan on the right, on the set of DRUNKEN MASTER), also played Su Can in a number of films which included Jackie Chan’s DRUNKEN MASTER, which you also directed. So has the character of Su Can got any special significance for you?

The character Su Can is very close to my heart because of the association with my father. My father was the one that brought me into filmmaking and telling this story of Su Can was also a tribute to my father.

A number of good fighters such as Vincent Zhao and Andy On star in TRUE LEGEND. What do you enjoy more: working with experienced martial artists, or actors who are not skilled fighters? 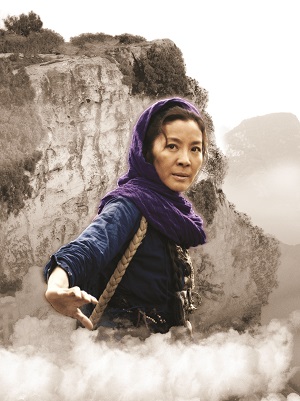 Michelle Yeoh made a special appearance in the film. You have collaborated with her quite a lot over the years, in films like WING CHUN, TAI CHI MASTER, CROUCHING TIGER, HIDDEN DRAGON and its recent sequel. Is she one of your favorite actors to work with, and why?

Absolutely. I really enjoy working with Michelle because she is first and foremost a great actor and also because she is great at action. If Michelle is on the project, I have one less thing to worry about.

Another actor who made a special appearance is Gordon Liu. Was that the last time you worked with him before he had his stroke? Do you hope to work with him again when he is well enough to act again?

Without question, I’d love to work with Gordon again. True Legend was the most recent time we worked together. Gordon is a great person and I hope he recovers soon. 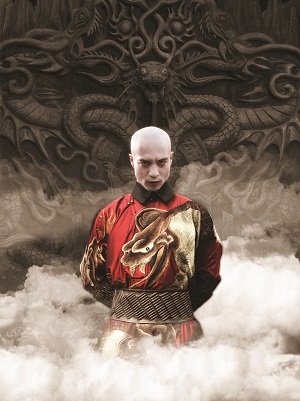 One of the most spectacular fight scenes in the film is between Vincent Zhao’s Beggar Su and Andy On’s Yuan, which involves the pair smashing into hundreds of pots and dropping down into a well shaft. Among the thousands of fight scenes that you have directed and choreographed over the years, what are some of your favorites and why?

Each film I’ve done holds a special place in my heart for different reasons. Some are because the process of making the film was very memorable and some films are memorable because of the audience response. My goal is try to do something interesting and original with every new project and if I have achieved that, then I am happy.

One of the interesting things I have noticed in the film is that some of the Drunken Fist fight moves look like dance moves. Is that something original that you have created for the film?

It wasn’t intentional to mimic dancing per se, but come to think of it drunken boxing had to look random and unpredictable yet intentional. I suppose that combination does make it look like dance. 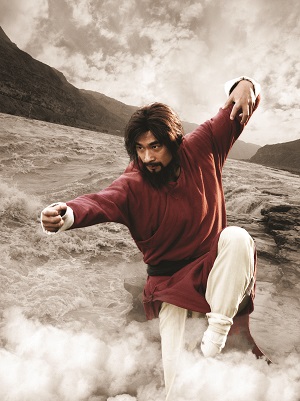 I also see that some of the film’s fight scenes have been enhanced by CGI, probably because they are too dangerous to create without CGI. Do you think CGI and 3D technology make it easier to make great action scenes?

The physical limitations of the film world varies between every story. The way CG and wirework was used in The Matrix is something that audiences can more easily accept rather than seeing those kind of physics in a spy thriller. CG is just another storytelling tool. CG has been a help for martial arts films because first allowed wire rig removals in post production, which allowed wirework on set to be more robust and more daring. CG is a great way to assist the actor’s performance on set that would otherwise be impossible or too dangerous to do.

In your long and amazing career as an action director and choreographer, you have helped launch a lot of action actors into superstardom. Looking at the newer generation of action actors, who do you see as having real potentials to become the next action superstars?

First, being an action actor is as much about acting as it is about action. Second, find your own style and identity. Jackie Chan, Jet Li, and Michelle Yeoh all superstars because they are one of a kind. Anyone can do it if they work hard enough.

How about Donnie Yen? You started working with him years before he became a superstar and he always calls you his ‘sifu’. What qualities did you see in him when he was still a young actor that made you happy to continue collaborating with him on so many films?

Donnie came from a very strong martial arts background, and he started practicing from a young age. He showed great physical ability from a young age and I saw potential in him to become an action actor.

In your most recent films IP MAN 3 and CROUCHING TIGER, HIDDEN DRAGON: SWORD OF DESTINY, you worked with a couple of skilled and hard-working martial artists, Max Zhang (Zhang Jin) and Juju Chan, both of whom have received greater recognition through working with you. Are you proud of the fact that you have the experience and influence to help these actors in their careers?

I first worked with Max much earlier, even before Ip Man 3. He was actually a stuntman on the first Crouching Tiger, 16 years ago! He has always been very hardworking and humble. That’s something that most people don’t realize about being an actor, that many actors spend a long time paying their dues until the right opportunity comes around. It makes me very happy to work with actors and see how far they’ve come.

Many thanks to David Fu for his help with the translation. 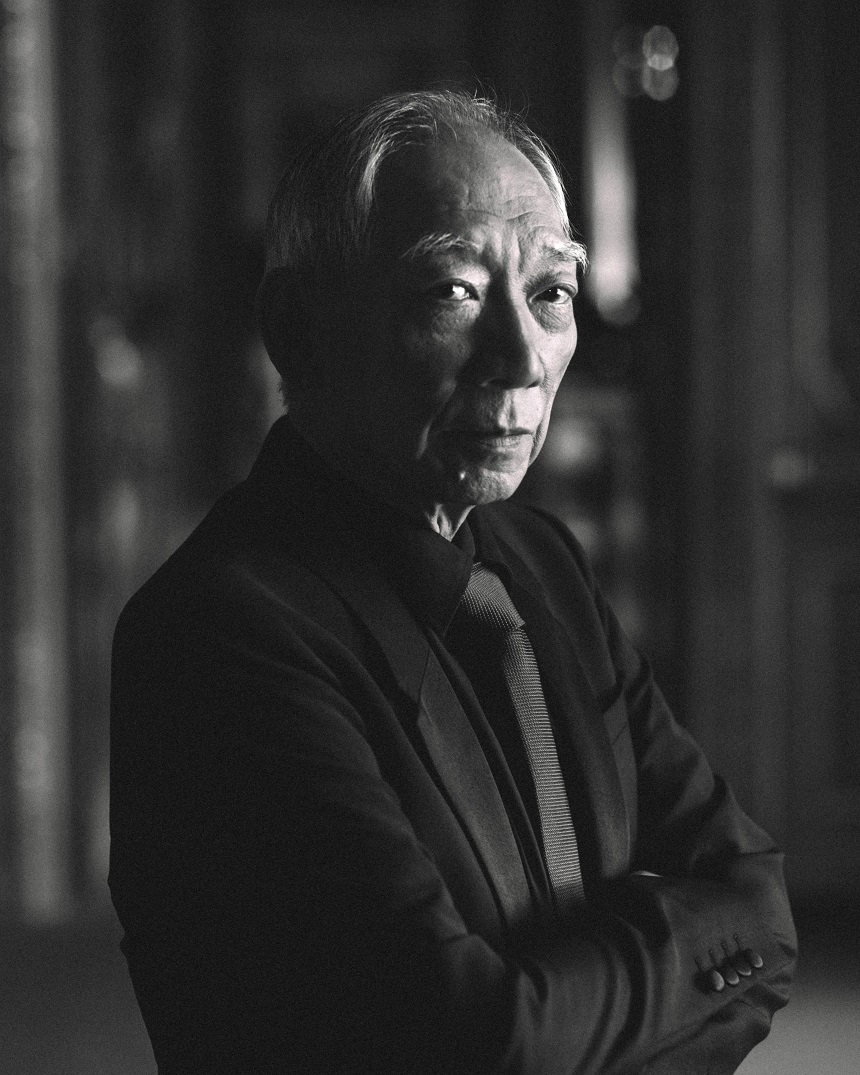