TUCKER AND DALE Are Coming To Canada 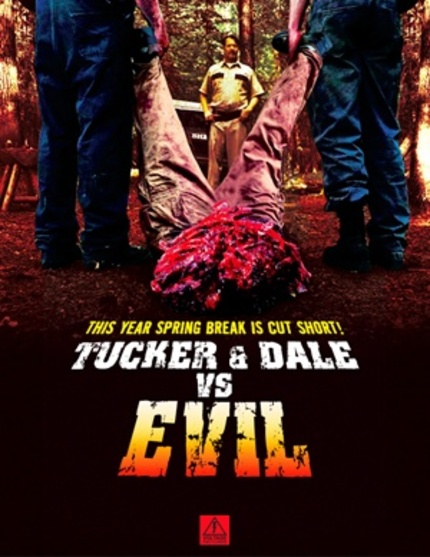 Well, whaddaya know ... after a solid year and a half of business people declaring the financial sky is falling at every major festival and market things seem to be turning around at this year's Sundance where people aren't just seeing films they like - they're buying them.

Ryan Reynolds' starring thriller Buried was the first big genre title to go - to Lionsgate - and now Tucker And Dale Versus Evil is nipping at its heels with several European deals signed along with a sale to Maple Pictures here in Canada. Nothing announced in the US yet but with Maple being essentially the Canadian arm of the company ... well, it's not hard to guess where it's going to end up ...

We don't cover a lot of this end of the business here at ScreenAnarchy but, believe me, this is a welcome turnaround.  All the crying in the markets has been a bit of a self fulfilling prophecy in the last while, one that has done big time damage to the prospects of an awful lot of quality independent and international films, so any loosening of the purse strings will do nothing but good.

See below for video evidence of why this one, in particular, is worth getting excited about.
Tweet Post Submit